What to wear at aprés ski

After a long day on the slopes, there's nothing like kicking back with a beer in hand at the apres. And you want to be dressed right, too, right? We thought so. That's why we made this guide.

When you’re lining up your apres activities for the week — whether it’s a cosy bar in town or a bouncing bash on the mountain, dressing right is a key aspect to nail down. You want to look like you’ve just rolled in off the mountain, sure, but should you be hitting the party in your ski jacket with your backpack on? Nothing to say you can’t, but we’ve put together some top tips for looking and feeling great in the apres.

So what we detail below depends on your style and how you see yourself as a skier or boarder! There are some truly ‘classic’ looks you can go for, and ones you’re sure to see at the apres every day, come slush or shine. So check out our little list below, see where you lie, and gain some inspiration for your next after-ski hangout. 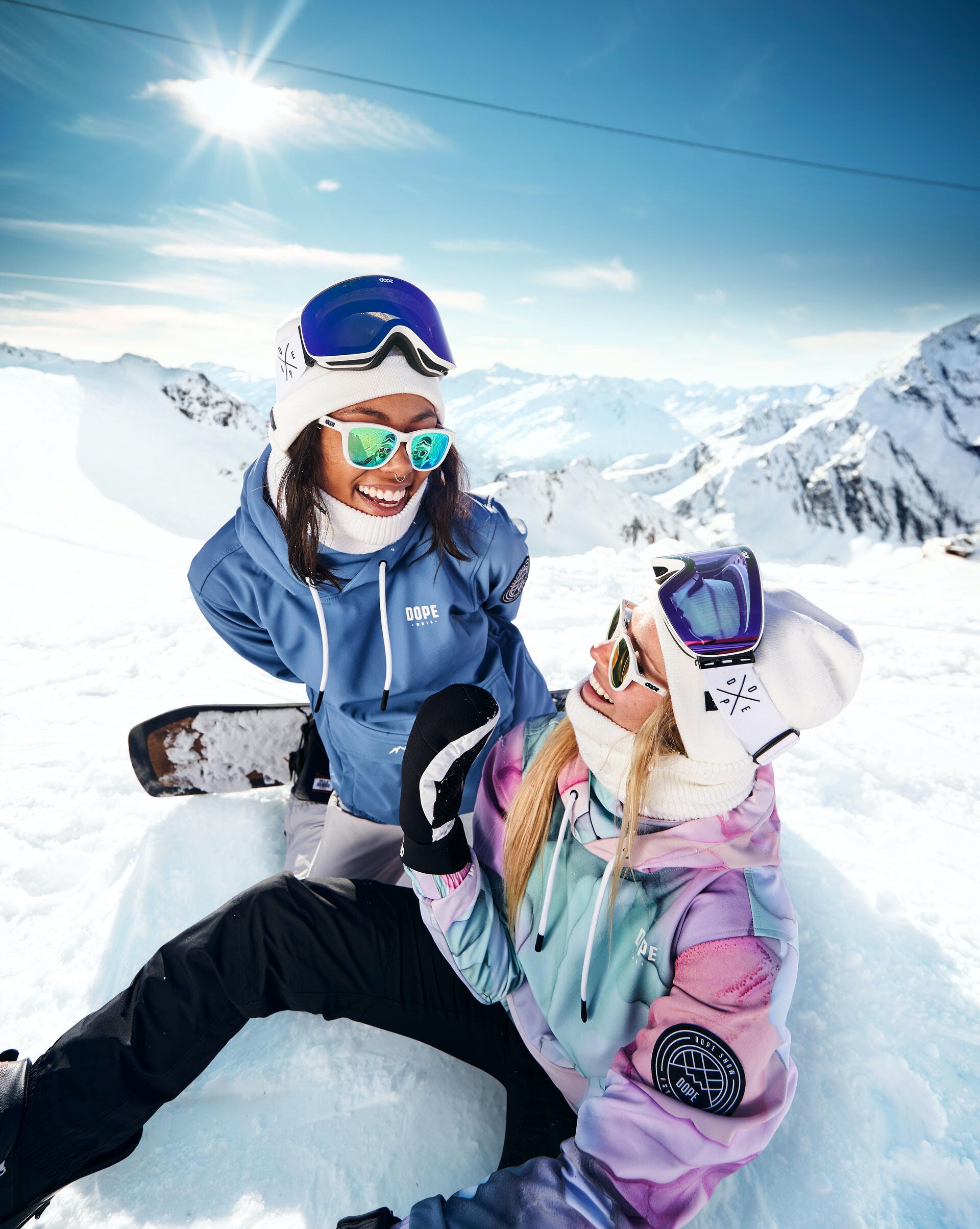 No matter who you are or whatever kind of skier or boarder, apres-ski is a significant event in the schedule and however big or small, it symbolises the end of an incredible and thrilling adventure on the mountain, finished off with a well-earned drink. Don’t let what you wear to apres let you down after you have smashed it on the snow all day, so choose your apres character and be prepared before you leave the hotel room that morning. Ski jackets and ski pants vs. softshell hoodie and tight jeans. Grab your drink and let the games begin! 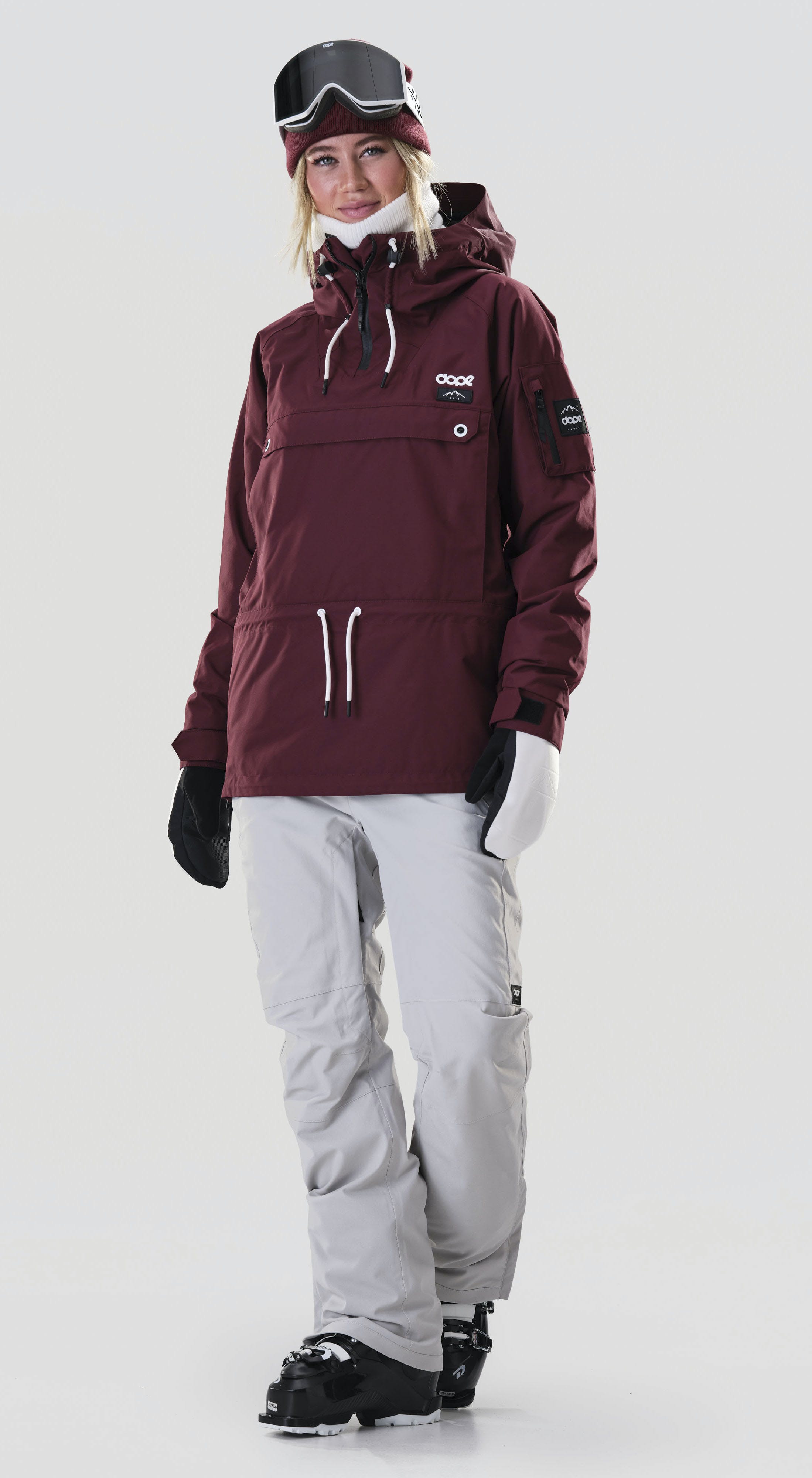 The piste skiers show up at around 4 or 5 pm at the apres bar, usually having to queue as the other key figures of the wild afternoon have already made their stance next to the bar and the speakers. The piste skiers are hitting the apres bars after a long day on the mountain, usually from first to last lifts, so its time for a well-earned drink.

As part of this look, piste skiers don’t need too much technical gear weighing them down, so instead, it is a good pair of form-fitting ski trousers and anorak style jacket as the main components. Piste skiers can keep it simple, with just a beanie that lives in the pocket whilst riding and a low-key thermal mid-layer to keep them warm. As they don’t venture too far away from resort facilities, they don’t need the extra layers. The look is simple, chic and finished off with sunglasses and a glass of something. Watch out for the famous ski boot dance, which is a little awkward. 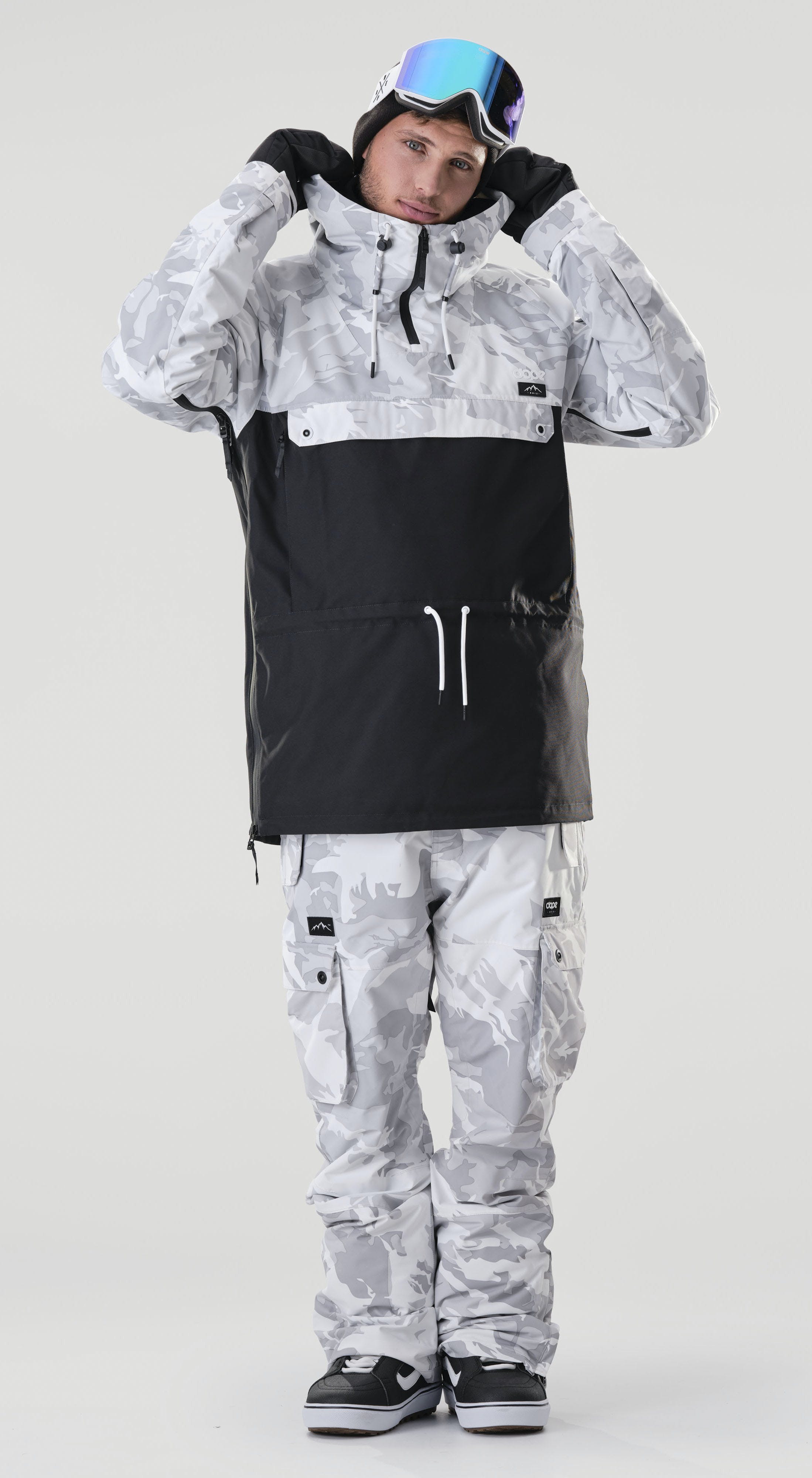 Snowboarders make sure they stand out from their fellow two plankers, ensuring they look a bit cooler and more relaxed. The snowboarders will notoriously hit the bar as a huge group ready and cause carnage. They are not restricted by the uncomfortable ski boots, so can throw major shapes and get up on those tables with confidence and stability.

The snowboarders apres look is just a little bit baggy and has clashing patterns. Imagine some baggy camo snowboard pants and an oversized pullover snowboard jacket, which we know shouldn’t work but when the snowboarders walk into the bar, it works. They spend a lot of time face down in the snow, so the look consists of a beanie under their helmet (which is immediately taken off, upon entry to the bar!) with a buff tightly snug around their neck to protect against the elements, topped off with their reflective goggles on their forehead and a pair of sunglasses. The mittens play a big part in keeping them warm, but also creates a firm grip onto their pints. 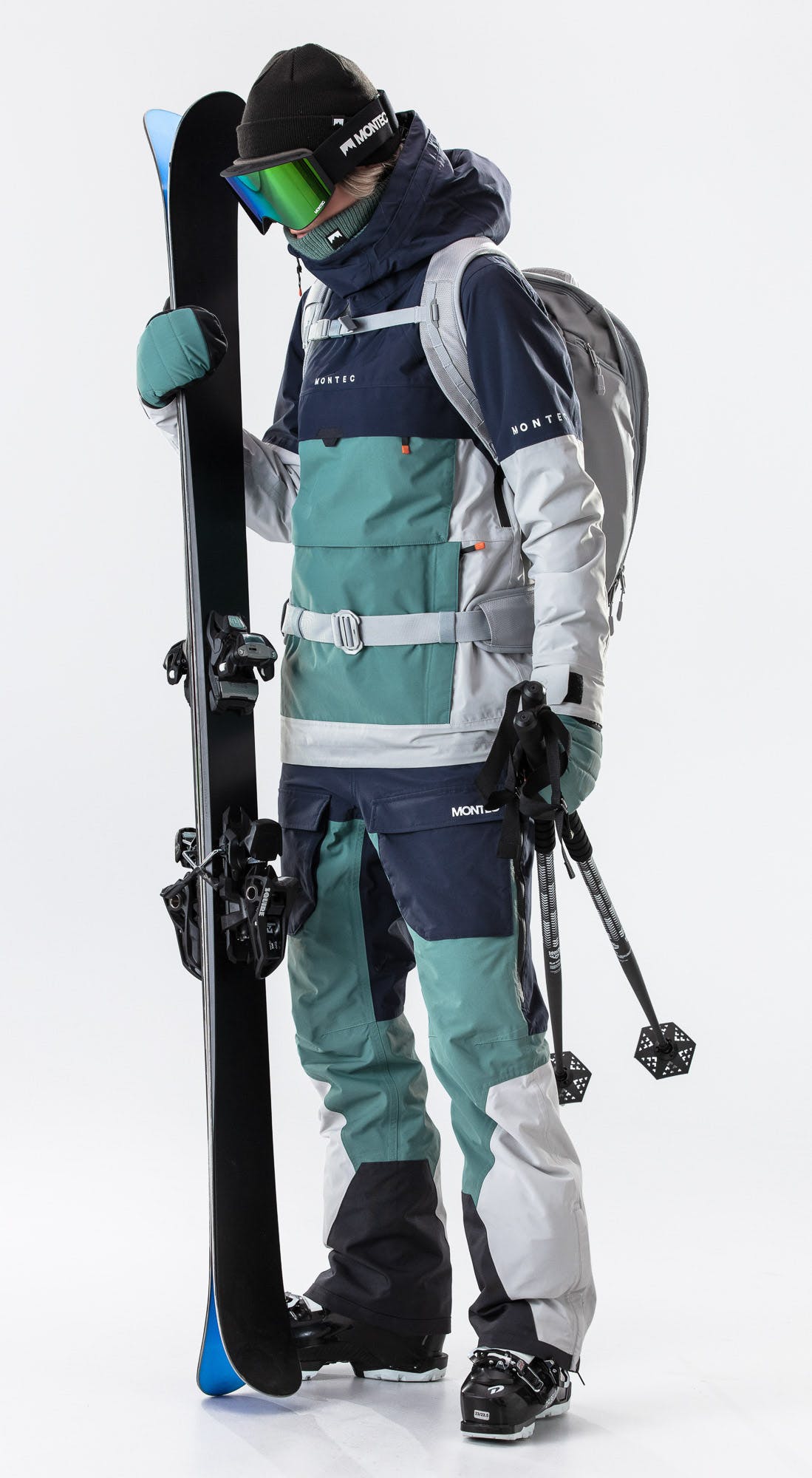 The freerider is another aloof and cool character that enters an apres bar, but usually a little earlier than the piste go-ers, because the backcountry and freeriders will be up early to get fresh tracks and be exhausted come lunchtime. They just about have enough energy and adrenaline still pumping to get a dance on, but without fail they will be tucked up in bed by 9pm, pickled and satisfied.

The freeriders require a bit more baggage and technical wear to see them through their big mountain days, so they will annoyingly have large rucksacks that will take up prime dancing space, or make you trip over and spill your drink.

Once they have stripped off their a million and one layers, the freerider will be often found wearing some bib/ dungarees snow pants, which would usually be uncool, but those backcountry daredevils make it seem effortless. Under their longline pullover windproof shell jacket, there is a hooded thermal mid-layer tucked into the bib pants. The look is always cool, but the gear is high tech and well put together. The classic uniform of the beanie, sunglasses, goggles on forehead and buff is never taken off (mostly to prevent anyone from seeing the disastrous sweaty hair). Spot them shotting jaeger bombs for the caffeine, sipping whisky from their flask and pints in hand. 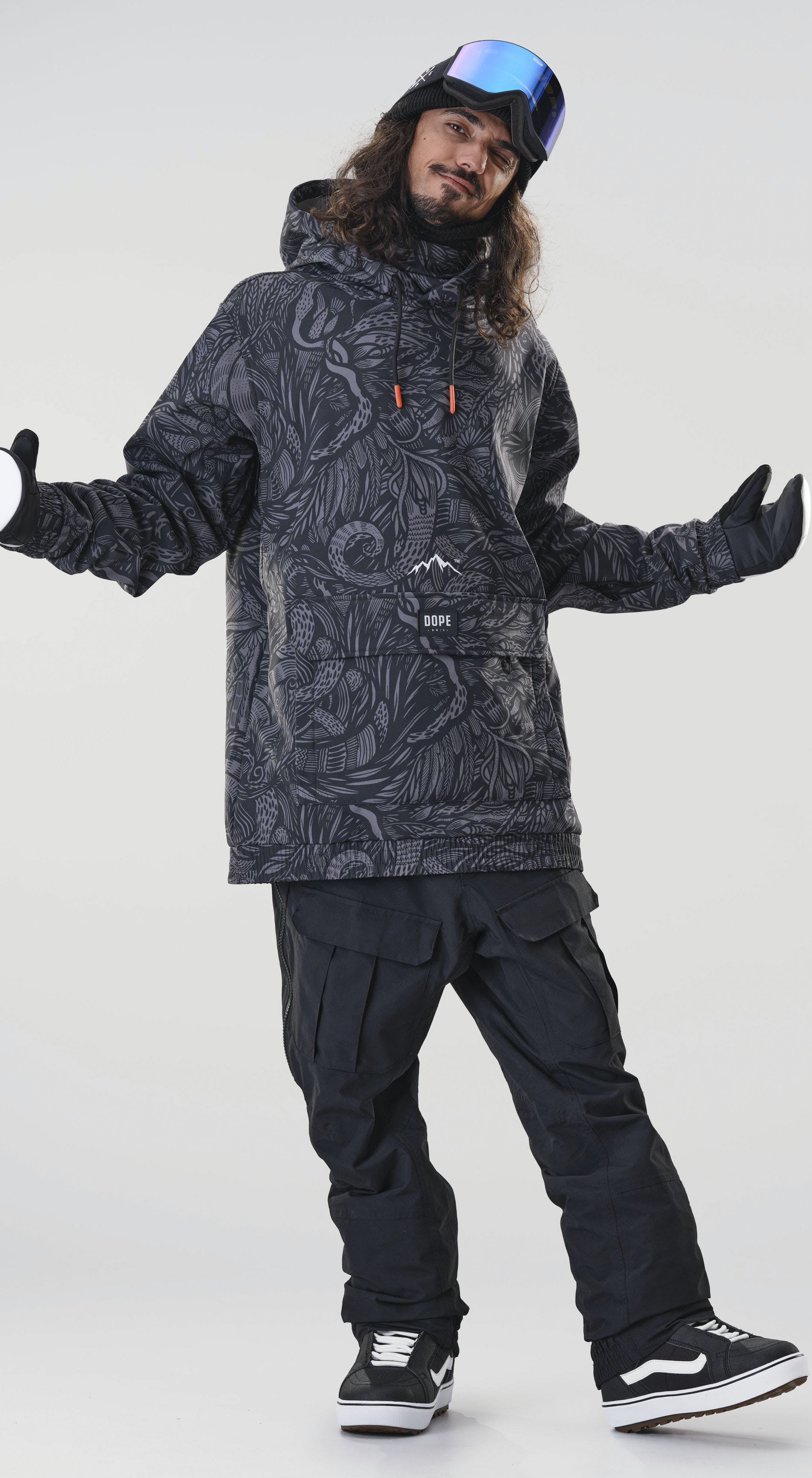 A park rat is probably one of the first spotted at apres ski, as they have had a good lay in, spent 2 to 3 hours in the park and then to the bars in time for the happy hour discounts. The park rat style is often a park to bar look, as there isn’t much technical wear to strip off. The look consists of a relaxed fit, baggy snow trousers and a long line coat, usually a thin shell in a bright colour (or bright multi-coloured pattern if they are feeling particularly funky). Under the coat will be a long line hoodie that probably doesn’t match the jacket in any way.

Helmets are not always favoured by these adrenaline junkies, so they are probably sporting a cap and goggle combo, which will take pride of place on their head. Look out for packs of rugged seasonnaires, drinking beers they brought in from the outside and dancing hard to all the classic apres tunes. 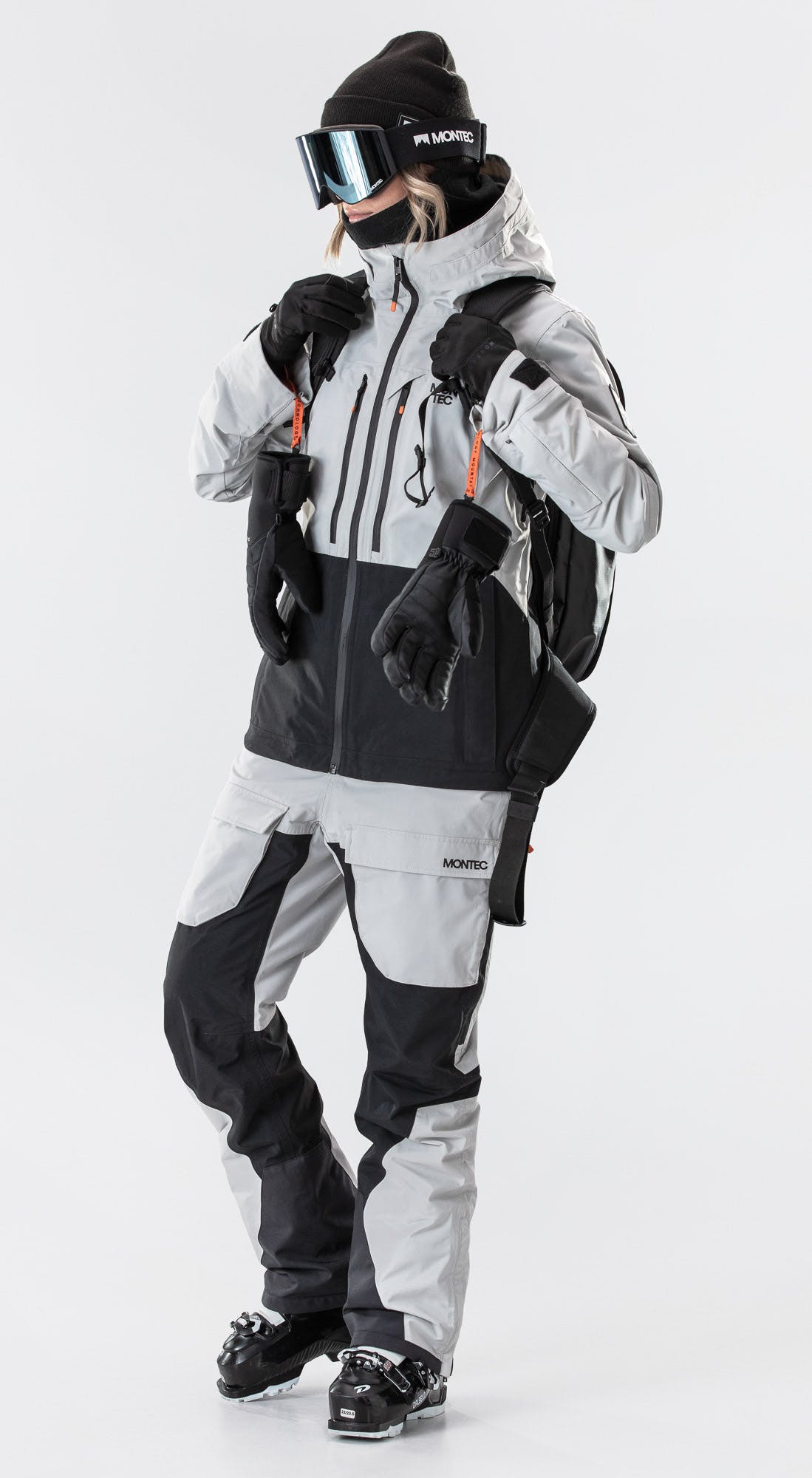 A telemarketer is most likely heading to apres fairly late in the afternoon and walking in eating their vegan, gluten-free homemade granola bar. They won’t be there for the raucous dancing on tables or for shotting sugary green drinks with the staff, instead, they will be there for a glass or two of local red wine and have a well-needed sit-down.

You can spot them with their high tech gear, rucksacks with water pouches and interesting shaped sunglasses. Their outerwear will be a slim fit shell and matching ski trousers (without fail, it will always be matching). The look will get a bit more casual as they strip down into their base layer, which will also be a slim fit thermal, showing off their incredible figure. Unfortunately, the whole thing gets a bit strange on top, as their buff will be on their head as a sweatband, with mirrored glasses that protect their eyes from all angles. 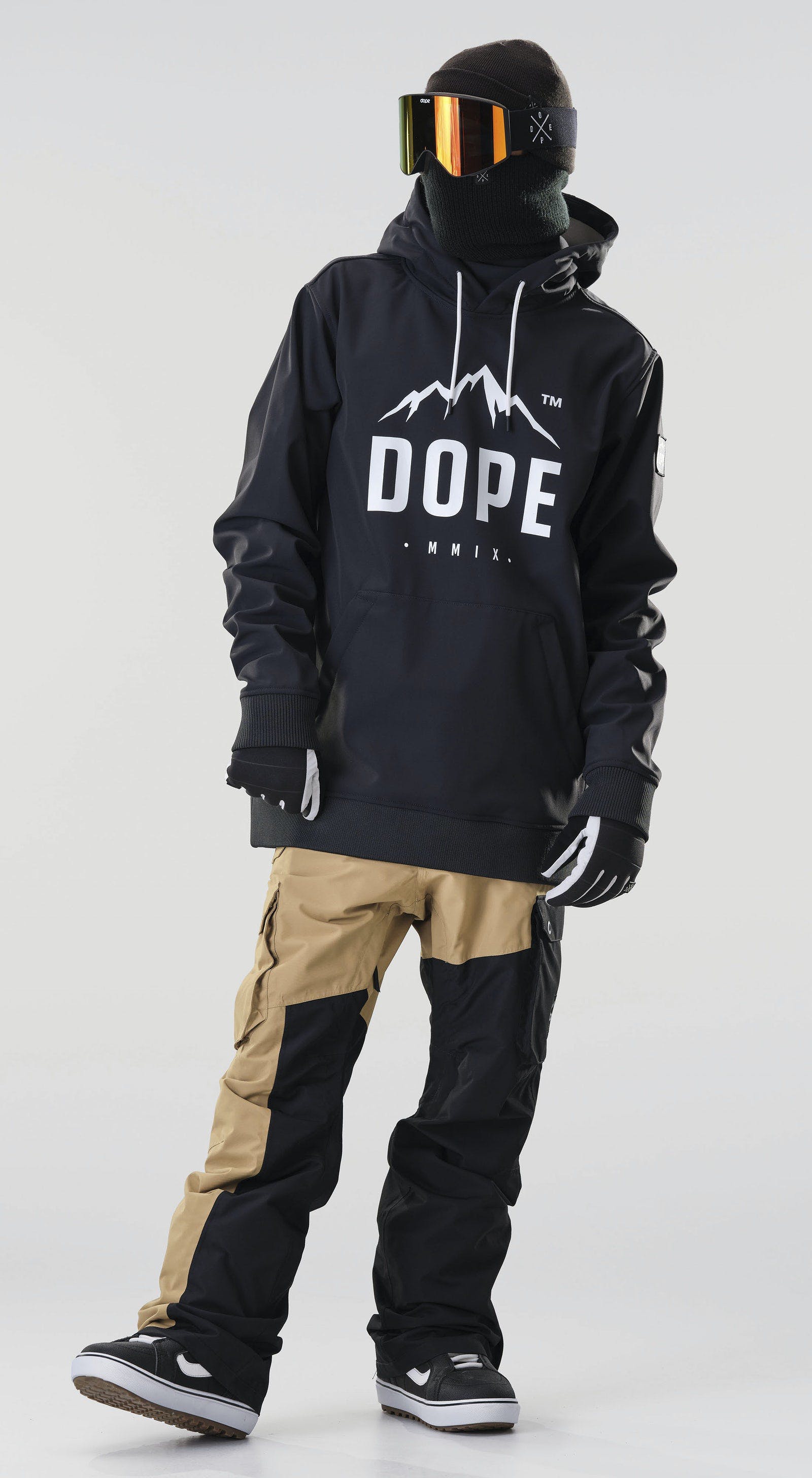 The uni student apres look is an interesting one, but one that can be found without having to look too hard. Their apres look will be noticeable from a mile away, so if you haven’t heard them shout ‘down it’ to spark your attention, their apres look surely will. They have most likely skied straight from bed to apres, so are full of energy and their outfit will reflect this. If they aren’t wearing a onesie or a kangaroo costume then they probably have a big hoodie on instead of a coat, no matter the weather. There will be a lot of contrasting colours and styles as they borrowed the outfit from multiple different friends.

Students won’t have big rucksacks or much bulk to get rid of, to make dancing easier. Whilst they rave the afternoon and night away, they won’t be taking themselves too seriously as they throw shapes to any tune vigorously. You can also assume that the group wearing Santa hats or bunny ears on top of their beanies, will be that weeks latest students. Expect lots of chanting, drinks being spilt and shots. 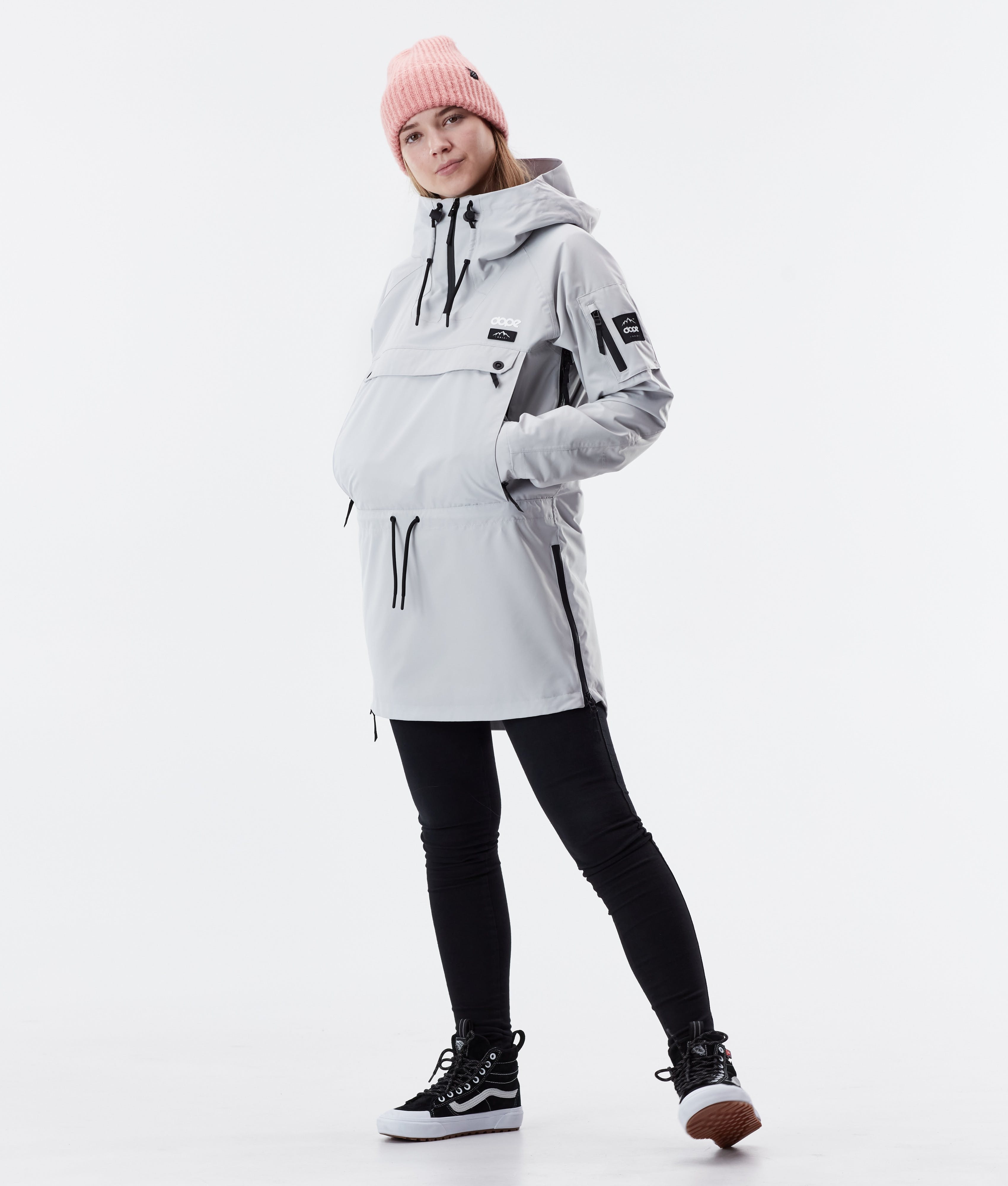 Some apres-ski bars are thankfully accessible for pedestrians, they can come straight from their lunch in town or from their morning shift at work and not have to worry about clunky ski or board boots, rucksacks or the risky ride drunken and dark ride down. The street to apres vibe is cosy, stylish and comfortable. The point of cosy is the essential one, as unlike your fellow apres revellers all in their snow wear and those cooling down from the ski to the bar, the pedestrian will have to layer up to stay warm.

You will spot the pedestrians wearing practical and waterproof snow boots, that very conveniently look great with their skinny jeans. They will then have a big cosy, fluffy hoodie on with a funky alpine print. If it is particularly cold, then they will have their ski jacket on too with their gloves cupped around a wine or beer. The vibe is always more put together and styled, with non-sweaty, freshly washed hair that shouldn’t be hidden by a hat.

So which character are you? Can you spot them? We hope you found your apres ski tribe, so you can fit right in and feel too cool for ski school when knocking back those afternoon beverages. Some apres-ski characters are ready and raring to go, with their mountain to bar look being seamless, whilst others may take some thought because of all the layers and technical wear to carry around. Either way, once you know what your apres ski look is going to be, you can be ready to dance on tables and top off the most awesome day, looking your very best.