The best snowboard movies of all time

Is there anyting better than relaxing with a snowboard movie? Let your mind drift to snowy days on the hill with friends and get into the ultimate list of the best snowboard movies to get all the inspiration for this winter.

The best snowboard movies of all time are cinematic masterpieces, showcasing the best and the badass of the snowboarding world, throughout the years. What they can’t do on a board, isn’t worth doing, where they can’t go in the mountains, isn’t worth going. There is nothing like watching the best in the business, shredding, laughing, crashing and flying.

Whilst the nights get longer, the air gets colder and jackets get thicker, you can spend the weeks waiting for that first snowfall making your way through the best snowboard movies. There are a lot of snowboard movies out there, but there are some that take reigning glory and have got to be on the top of the must-watch bucket list. We will talk you through the best snowboard movies of all time, so all you have to do is get your popcorn and beers at the ready. Just two mins into any of these films will have you booking your flights, packing your snowboard jackets and snowboard pants into your board bag and rounding the crew up for an epic adventure of your own. 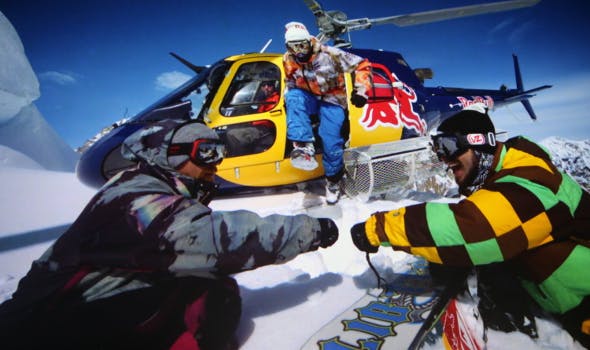 Redbull.com (The art of flight)

When asking for the best snowboard movie of all time, the majority will say the Art of Flight. Its notoriety in the industry is next to none, so if you have just one evening to watch a snowboard movie, watch this one. Of course, this is due to the main boarder being the one and only Travis Rice, and watching him basically reinvent snowboarding.

The movie shows tricks, stunts and scenery like never before and will have all of its viewers, on the edge of their seats. The movie captures all angles, including the dangers extreme boarders often face, and this honest representation is highly valued. “The Art of Flight” truly is a work of art. 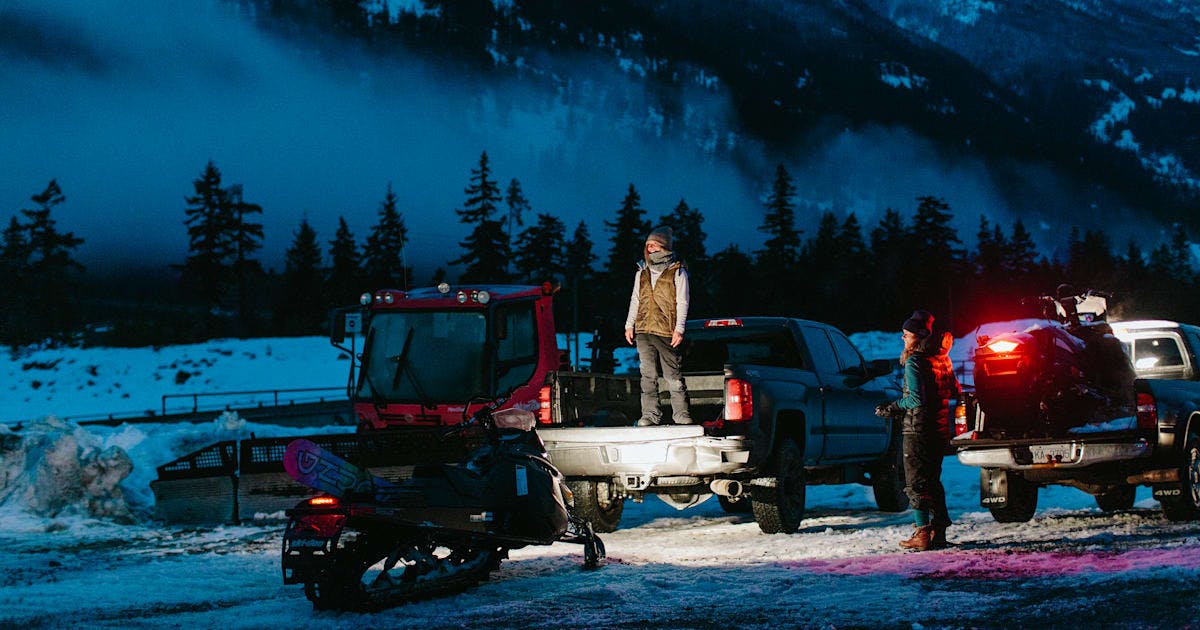 Full Moon is more than just a classic snowboard movie, it is a story of female snowboarding legends, the history behind females in the industry and the challenges they have faced. This was an epic two-year project that is thought-provoking and impactful, and of course, action fuelled.

The Full Moon Crew are a bunch of badass females, that combined interviews along with old footage and extreme riding content, to create this documentary that plays as a beautiful tribute to female snowboarders, past and present. All of the cast are inspiring, but they are led by their director and incredible boarder Leanne Pelosi, who brings all of this magic together.

The Full Moon crew have carved (excuse the pun) an even clearer path for females in the industry and we salute them for it. 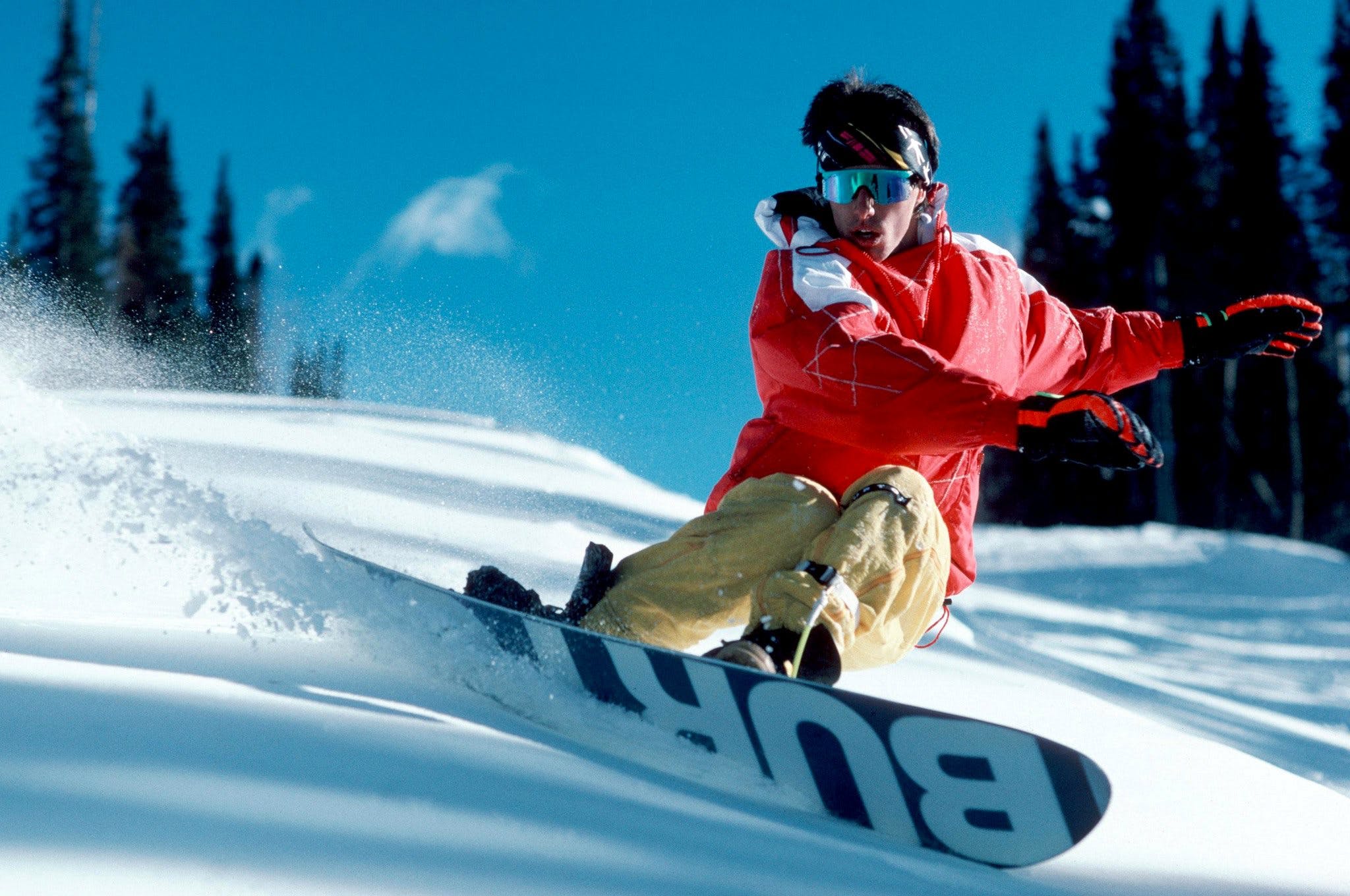 Let it Ride is a tribute to the former ‘Godfather of Freeriding’ Craig Kelly. It spans over 25 years, watching as the snowboarding legend Kelly became one of the biggest names in the industry. He began as a young guy, whilst snowboarding was still not an established sport, and brought it into the public and mainstream eye, with his unbelievable freestyle talents. He went on to win several US and world championships and became a household name in the winter sports industry.

The story goes on to show how he ventured higher, steeper and deeper when he took to the backcountry. His life was one epic adventure, and the mountains were his home. Of course, this story is a tribute to Kelly, as he sadly lost his life in an avalanche in 2003, but the movie does an awesome job of making this a thrilling watch with a very positive attitude. Whilst you sit at your desk 9 to 5, it's always interesting to watch the lives of those who are dedicated to the mountains. 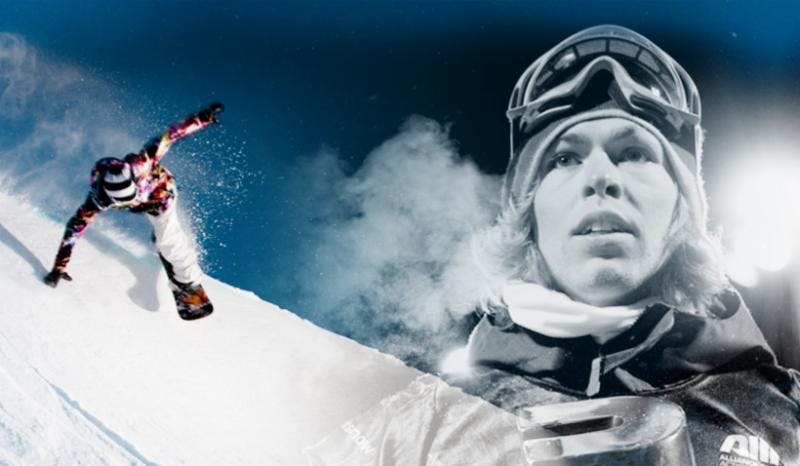 The Crash Reel is an ultimate classic epic snowboard movie, with all the trials and tribulations you would expect from extreme and competitive sports. It is a documentary on Kevin Pearce dedicating his life to the board, making it his mission to be number one in the industry. This mission brings him up against the infamous Shaun White, but also the everpresent dark phantom of snowboarding: injury.

This is the true tale of Pearce battling the slopes, but also having to battle for his life just as hard, when he suffers from brain damage after a major crash. Of course, the best parts are once you see Pearce rise from rock bottom once more, and his unwavering determination. The highs and lows of this film make it an emotional and gripping watch, so buckle up. 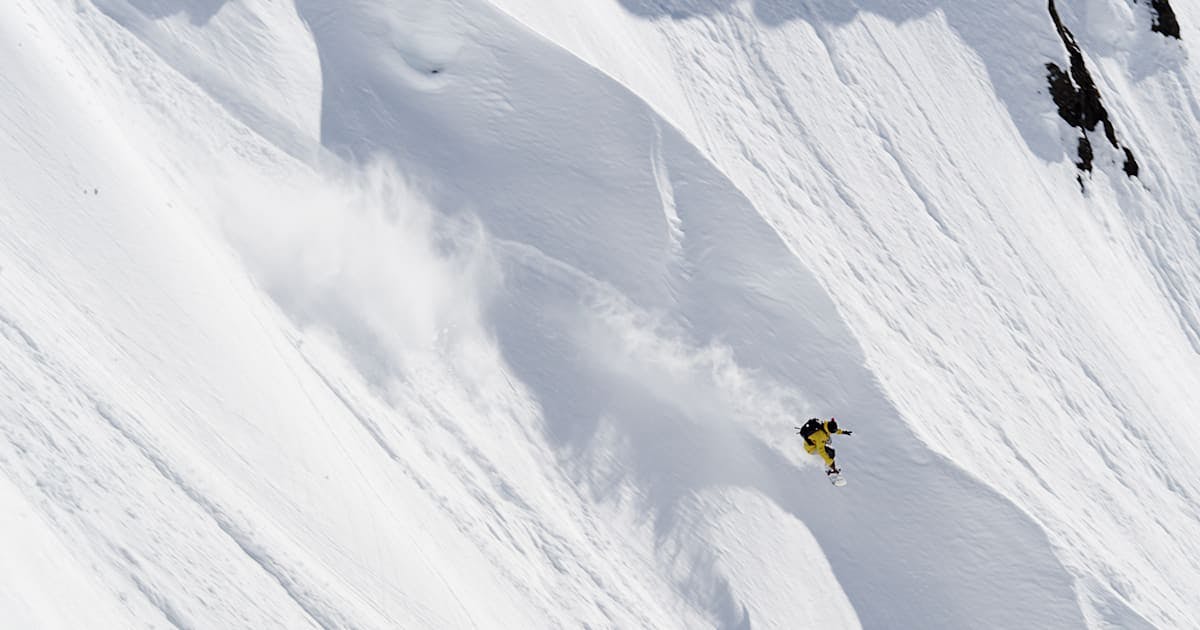 The tagline of this short film is ‘two freeride demons take us on an epic mountain journey’, and they are not wrong. If you are wanting a short but sweet pick-me-up to get you pumped for the coming winter season, then Follow Your Nose should be your go-to.

Rüf and Elhardt, put the ‘free’ in freeriding, and show us some serious fun and action in the backcountry. Expect deep powder turns, glistening white mountains as far as the eye can see and some steep badass drops. These two tackle the big mountain as if it’s a walk in the park and bring such passion to the screen, it’s difficult to not get excited with them. If you’re a freeride enthusiast and have a draw to the big mountain and adventure, then look no further. 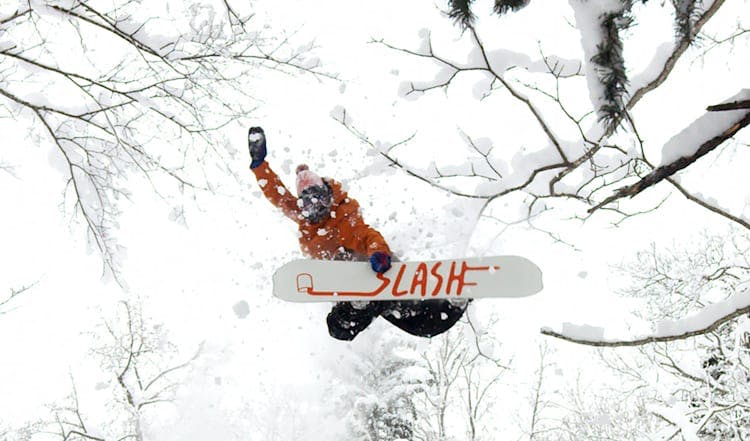 redbull.com (As the crow flies)

Gigi and his fellow snowboarding enthusiasts grab their boards and hit the mountains all over the world, to find the best of the best terrain for some next-level riding. It is essentially a short story of a bunch of adventure-seeking, adrenaline junkies, travelling and having fun. This is a snowboard movie that has it all, mesmerising snow-covered scenery, crazy pow and world-class riding; you can’t really ask for more.

But, As the Crow Flies does actually give you more, as the crew also hit the cities and get creative. They find spots in the 'urban playground' for them to test their skills, hitting rooftops, stairs and benches. They show us all that no matter where you are, all you need is you and your board and you will find the fun. The crew capture the true soul of snowboarding and is definitely a feel-good watch when craving the mountains. 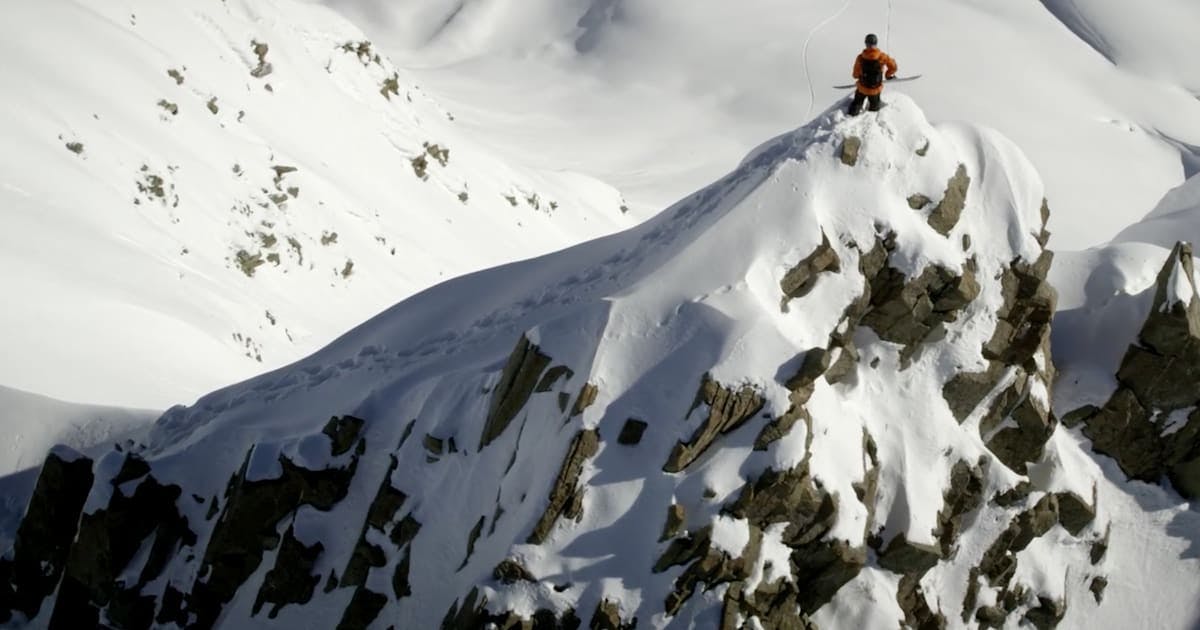 Perceptions is another from Gigi and his buddies, known as the Pirate Crew. This group of talented riders, thrill-seekers and jet setters are on another adventure in Perceptions. They are at it again, travelling around the world, from Russia, Austria, the US to Greenland, showing us the diversity in all of these snowy regions.

Of course, you can expect nothing but unreal vistas and unique places for jumping on the board. One of which is a standout and iconic scene in the film and most likely a first in the snowboarding world; riding down the slope of an iceberg- you can’t get more extreme than that! 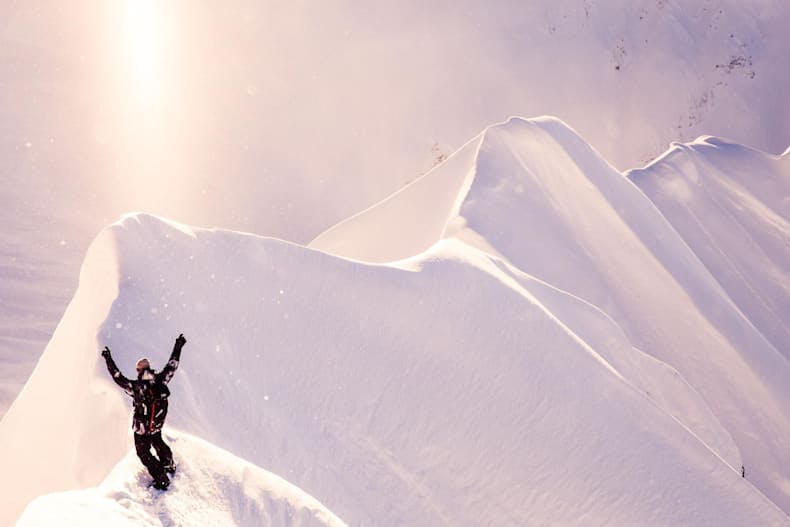 The Fourth Phase is a high-quality production, of course, sponsored by Red Bull, so that only means one thing... dollar bills. This film has a huge backing and is covered head to toe in big brands and ‘subtle’ product placements. If Hollywood did a snowboard movie, it would be this, which sounds like it will have lost its creativity and passion, but surprisingly not true.

The Fourth Phase will have you watching and feeling very jealous of Travis Rice and his crew living the ultimate dream. They are taken by Red Bull to travel to the very best of freeriding and big mountain spots and given the freedom to do what they love: riding. The snowboard movie talks about the true connection you can make with the mountains, the sport and the feeling, it’s a lifestyle, not just a hobby. It is basically a love story and we think we have fallen hard. 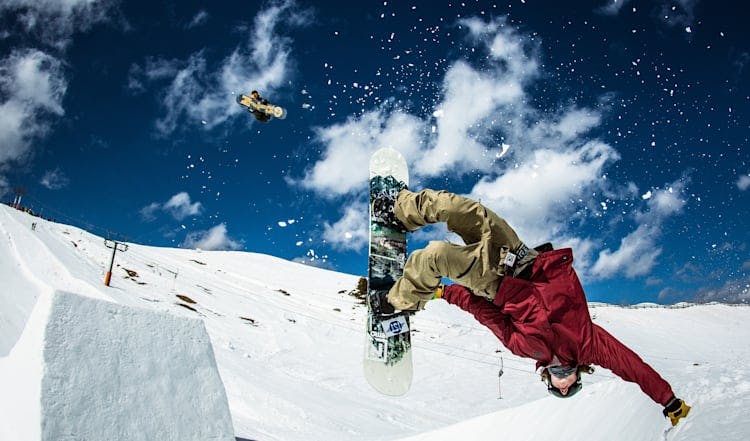 Boom! Is all about capturing the fun and thrills of snowboarding no matter where you are or even how good you are. Although this is a Nitro and Red Bull movie, it's not all about expensive panoramic shots or designer snowboard outfits, it's more about documenting the euphoric feeling you get when boarding. The crew travel to four continents and ride the big mountains, hit the parks and the trees, but also see them bossing snowmobiles and bouncing off rooftops.

They are out there with the sole purpose of having fun, laughing and experiencing the joys of snowboarding. Don’t expect every jump to be landed perfectly or every butter to be smooth, but instead, you get crash landings, uncomfortable tumbles and a whole lot of laughs (at their expense). Boom! has captured so perfectly that snowboarding is not all about taking it seriously and being the best in the business, but because it is stupidly fun! 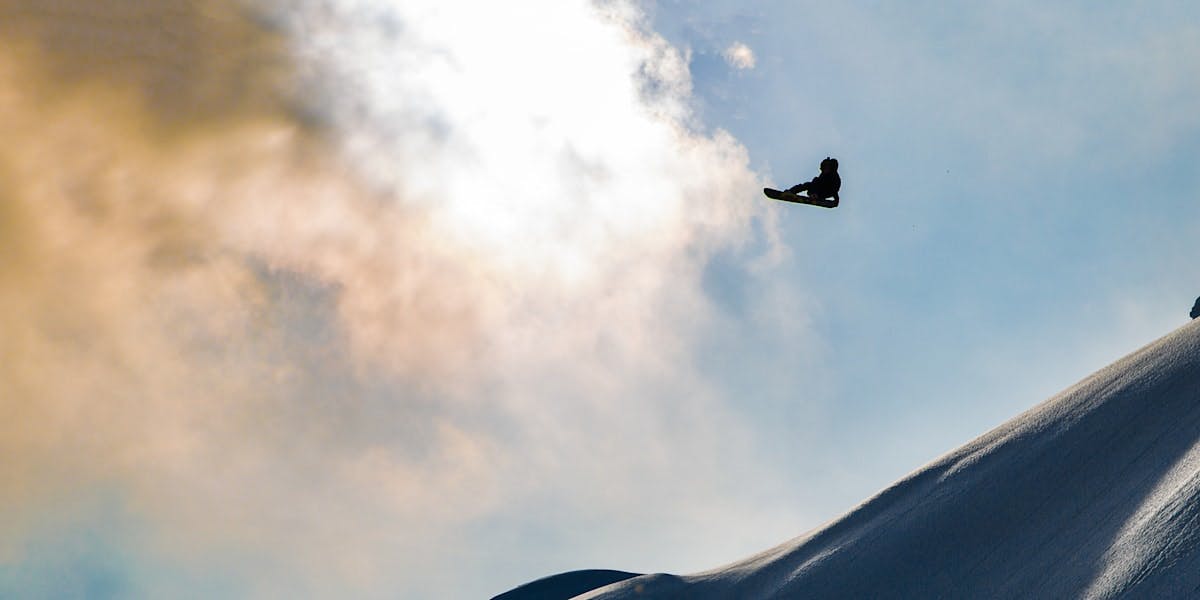 Stronger is another high quality, epic production following the famous crew with Travis Rice and Gigi Rüf. You will recognise most of the faces in the film, as this team of riders know how to put on a show, and Red Bull know how to capture it.

In Stronger, like many of the other snowboarding movies, the riders travel to unique destinations far and wide, hitting the most incredible snowy and mountainous terrain. The movie is also led by the Union Binding Company, who clearly make snowboard movies that are as good as their bindings. The riders strap into their boards and glide through deep powder in Alaska, as well as hitting the streets in Finland for more creative tricks.

The movie is mesmerising from start to finish, as you see them take risks, fly high and crash hard, getting you gripping the edge of your seat whilst your stomach does somersaults with them. 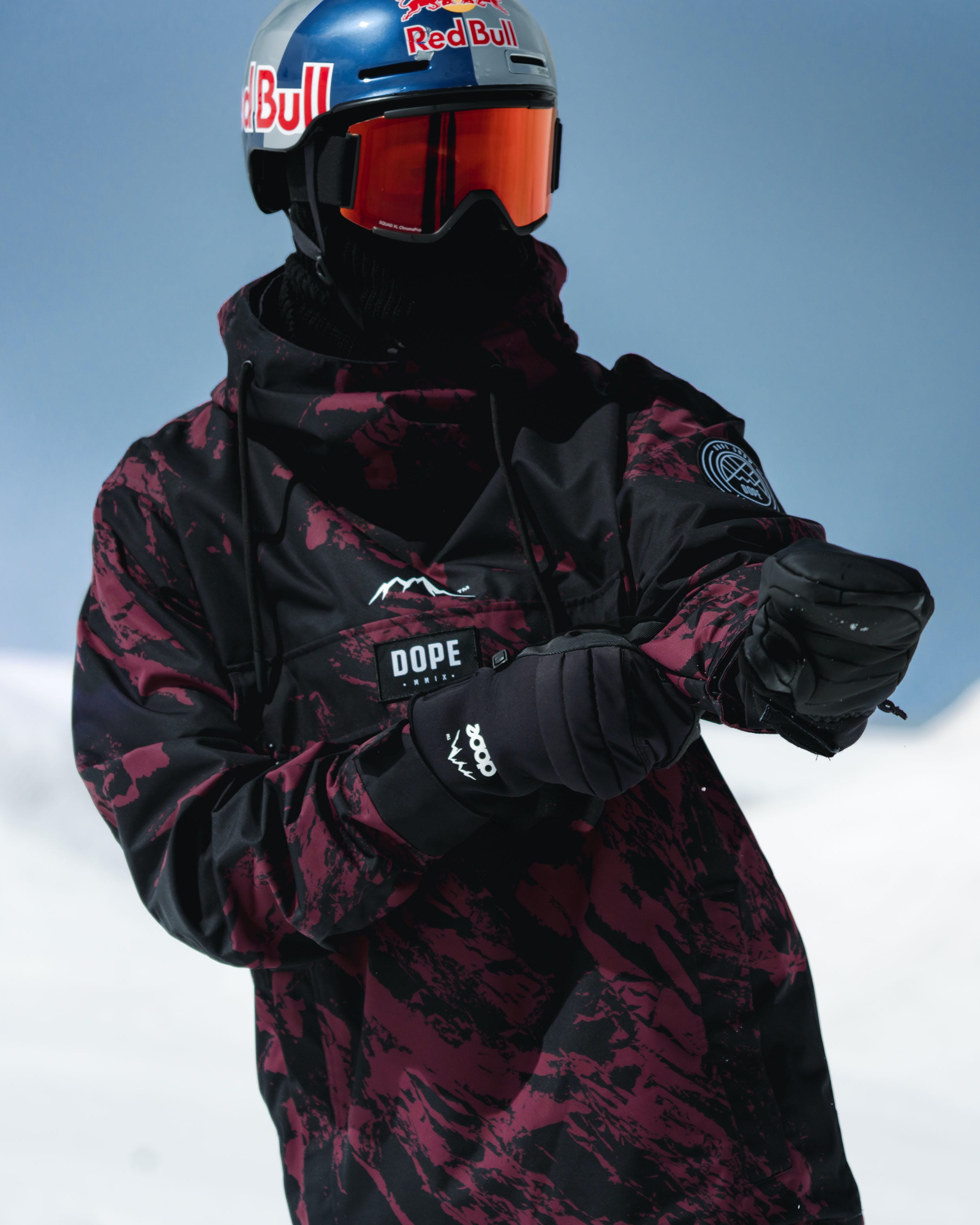 No matter which of the best snowboard movies of all time, you choose to watch on a cosy winter evening, when you’re craving the mountains and your board, you will definitely be left feeling fulfilled. These movies give you everything you need without actually being on the board itself; passion, excitement, thrill, comedy and a loyal crew.

These boarders are the best in the business, not just because they are epic riders, who show no fear, hitting the hardest lines and the deepest pow, but because they also show the emotions that go into the sport. They love it, just like we do, and they dedicate their lives to it, no matter the hurdles they face.

You won’t be sitting at home watching from your armchair for very long. Let's join them!