Trick Tip – How to butter on a snowboard

Ever been curious about where to start when it comes to snowboard tricks? One of the core moves to begin your progression journey has to be the butter on a snowboard.

This simple press and spin trick, helps you gain the skills and confidence to execute much more advanced moves. It's also surprisingly easy and when you've practised the butter, it will quickly become an easy go-to trick to impress your crew. Grab your snowboard and let's get into this instalment of our trick tips series: how to butter on a snowboard.

Sometimes the old ways are the best, especially when you ask the old school jibbers who will tell you, if you learn to execute the butter with all the aplomb you can muster, you'll be well on your way to nailing all the cool moves. Think of buttering on a snowboard as your "gateway" trick. 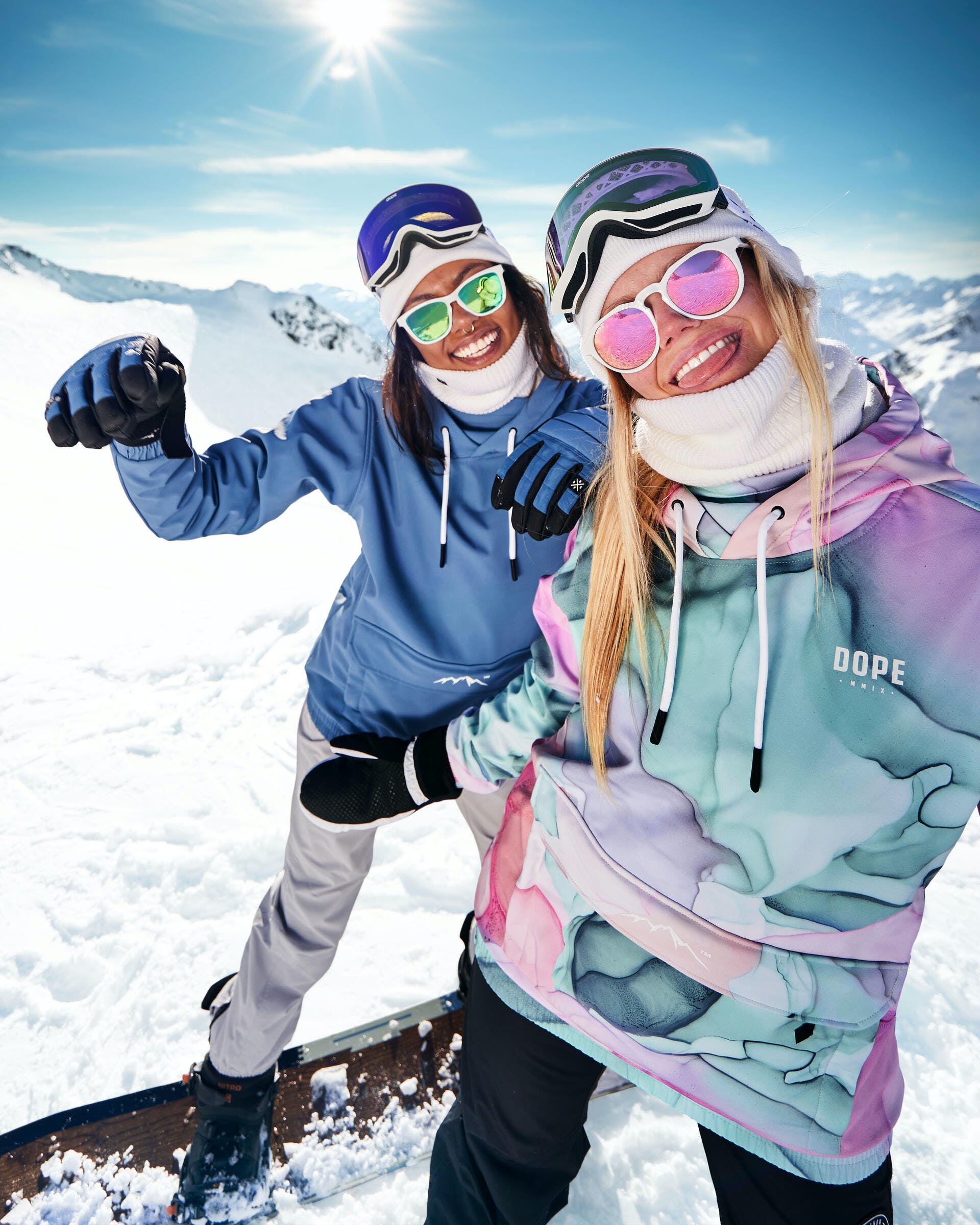 However, learning how to butter isn't complex, it's not going to take a bunch of tomahawks and yard sales, it can even be done the day after a long apres-ski session. It's low stakes but a high reward and before you know it, you'll be slipping and sliding over the features in the park or just goofing around on the slopes with your friends.

So grab your board, snowboard jackets and snowboard pants and let's dive in. 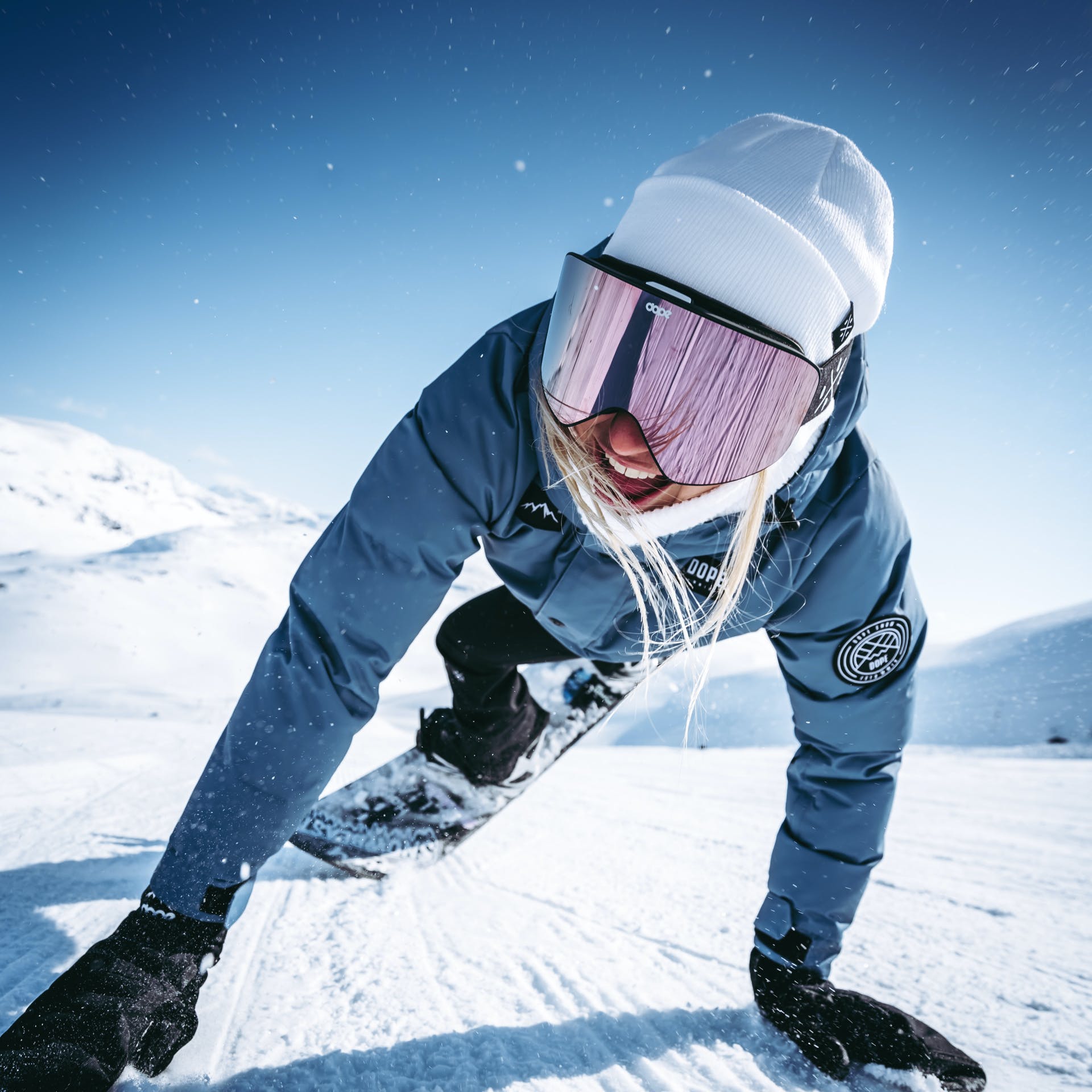 Buttering on a snowboard is a fun ground trick that combines the skills of pressing and spinning. It all begins with the press!

Pressing on a board can feel weird at the start but it will quickly become second nature. Here are 3 things that should be happening when you press:

Now all you have to do is try this press, switching between nose and tail pressing on the flat ground. 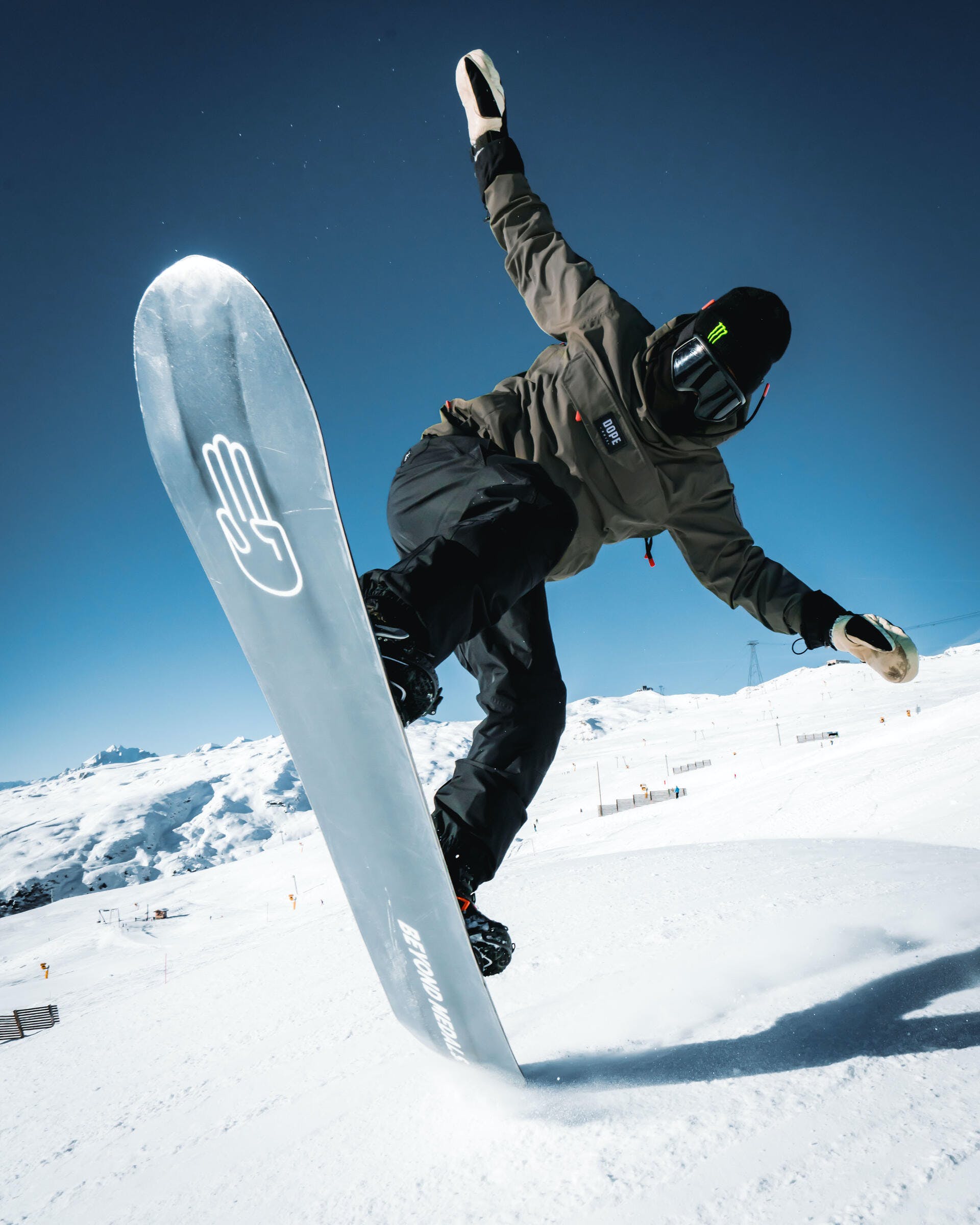 Once you have mastered the press, now let's add in the rotation. First things first, your best position will be standing facing up the hill for the best stability. Next wind your body up (i.e the opposite direction in which you intend to spin) then with your top half leading, spin in the direction you want. If you go in with enough enthusiasm, your legs will follow. As you rotate lean into your press, letting the nose or tail lead and lock in the butter. Simply look where you're going to keep the butter spin going.

Now you have the press and spin locked and loaded on the flat ground, why not promote yourself to a mellow slope where you do the same thing, but you're stepping up the challenge.

This is also where, once you have that confidence, you can start adding the butter into tricks. Be creative on the ground, on slightly steeper slopes by popping in the butter as you go over rollers on the slope or try your hand at the tripod. 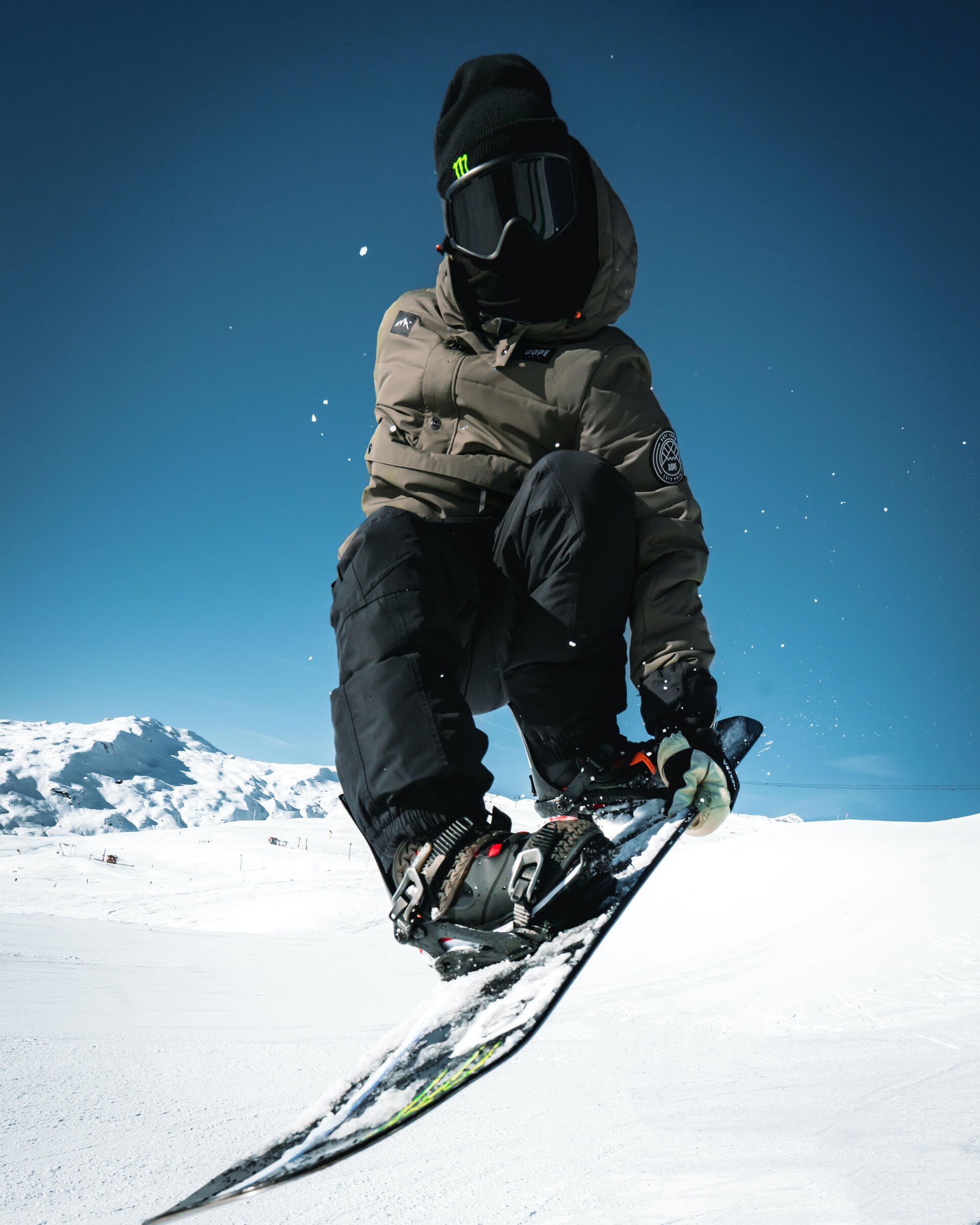 Now it's time to graduate into the snowpark. But wait, we aren't ready for the pro-line kickers just yet, stick on the mellow blue line first and get comfortable.

A great intro to buttering in the park on a snowboard trick is the butter 180. This is the same as if you were on the slope but instead as you approach the kicker, press into your nose down, wind up in your top half and rotate as you glide over the kicker. On the first few tries, you might not get any air but get familiar with the movement.

Once you have the 180 dialled in, you can progress to the 360 exactly the same way. Always look where you're going, it's the golden rule!

Also known as the "nollie-hot garbage", "Nollie-ing" is the most fun but when combined with a butter, it looks so skilful with minimal effort. This is perfect for doing over rollers on the piste or over kickers and the faster you're going the better it looks.

As you approach the kicker/roller pop the tail end of your board (the nollie part) then press the tail into the snow when you land and drag the weight then pop out.

Edge control is crucial, combining edge control with the butter will be how to step it up into tricks like the cab 180, the cab 360 and the nollie back 180.

Level up for your snowboard butter 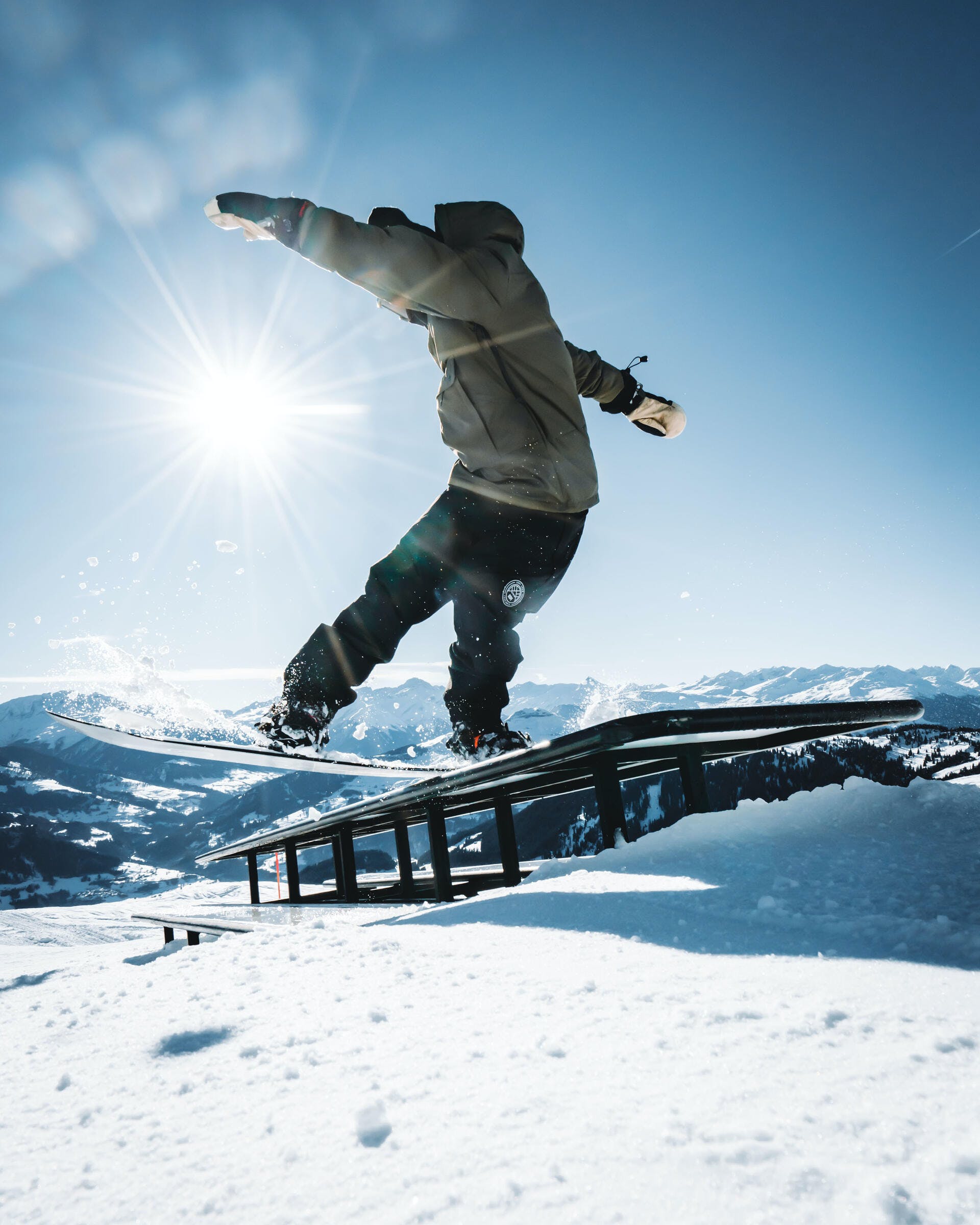 Now you know you have plenty of progressions to look forward to once you have nailed the basics on the ground and in the park. The butter is an original trick that can also be added to features such as butter boxes. Our advice is to play around with it everywhere, on the slope, in the park, goofing around with your friends. Once it becomes second nature, you will be set up for much more advanced tricks.

That's all folks! We hope you are ready and inspired to head to the hill and test out your fresh skills. The mountain is waiting for you!