What is the right ski pole length for me?

Whether you’re new to skiing or a seasoned pro, it’s always good to get your set up dialled in. Check out our guide to ensure you’ve got the right length ski poles.

If you’re looking to pick up a set of your own, or you just want to know what to look for next time you’re renting your ski gear, this guide on getting the correct length ski poles is going to help you make the right decision. While the old sizing methods still ring true, there are a few things that may change your preferred length. So if you’re curious and ready to learn a little bit more about ski poles, we’ve got everything you need right here.

Ski poles are just one facet of a complete skiing set-up, which begins with getting the proper clothing. Check out our huge range of ski jackets and ski pants for some inspiration.

When it comes to sizing your ski poles, the simplest way is to do it by height. Ski pole length can be pretty approximate and still be comfortable. As most humans are similarly proportioned, the length of two people’s upper arms is likely to be pretty similar if they’re the same height.

Because of this, we can confidently say that the below measurements will probably serve you quite well. So check out this table below for a quick and dirty rundown on the right pole length, or read on for a little more information on the nuances of pole sizing.

How to check your ski pole size

The general way that ski poles are size-checked is by turning them upside down. Grab the tip just above the bask and place the handle on the ground. If your elbow is angled at 90-degrees, that’s the right size for your ski poles for general use. This gives you pretty good support, strength, and leverage, without being too unwieldy.

While the above measurements are likely to serve you well, you may wish to size up or down on the ski poles on purpose. The reasons for this are pretty varied depending on your preference, the conditions of the snow, and the type of skiing you’re doing. 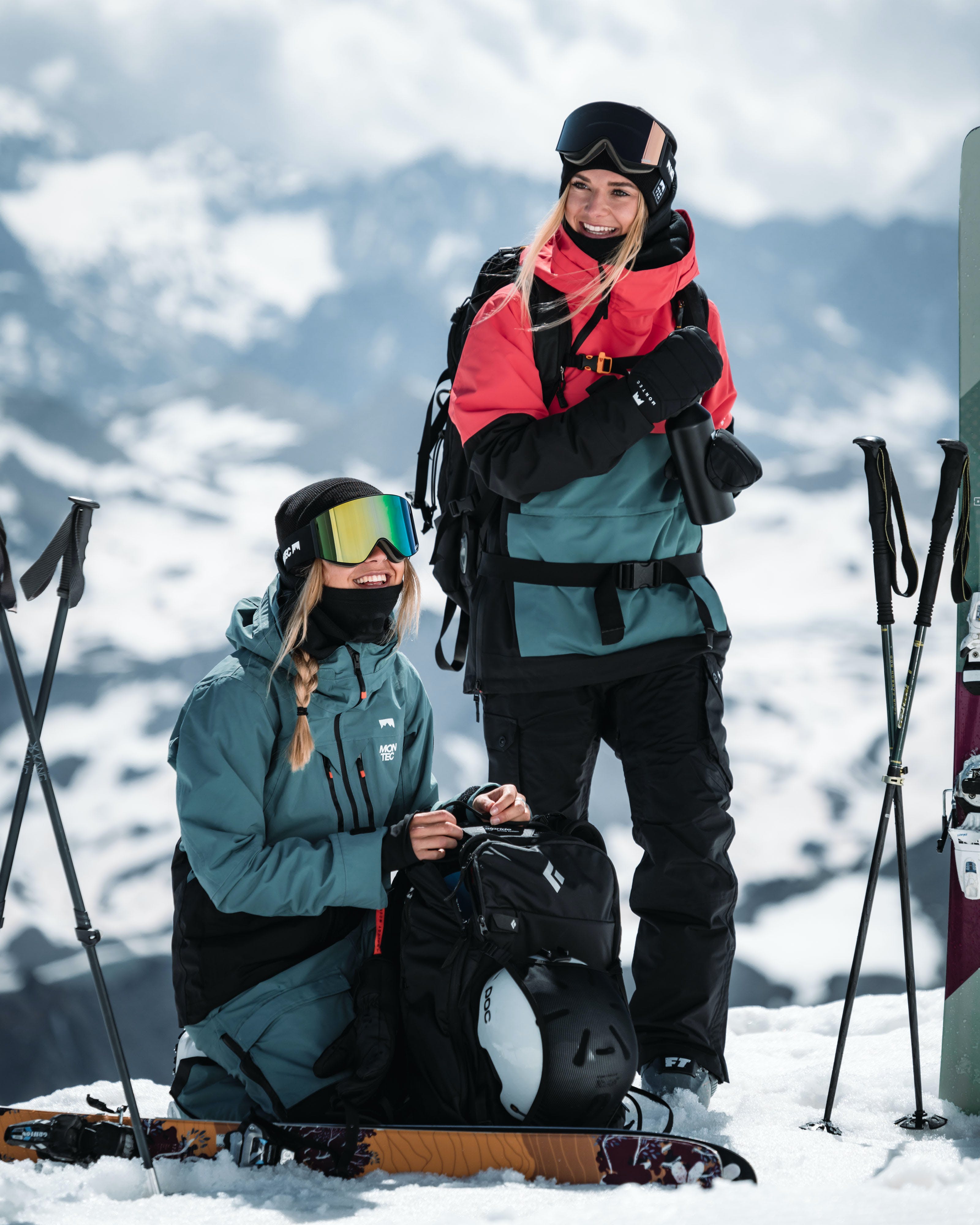 When to size up or down

For backcountry skiing or ski touring, you may wish to size up a little, so you can better deal with deeper snow and have better leverage to move through tricky terrain. Also, as the pole sinks into the snow, you’ll have less support, so a longer pole can be helpful. However, they become more awkward to use. However, there’s a way around that, which we’ll discuss in a bit!

Freestyle skiers may wish to size down a little because their poles make them more agile. It also allows for a more ‘relaxed’ position with a lower wrist position than normal. On the other hand, poles are normally used for quick corrections on the approach to features while skiing freestyle, so there’s not a necessity to have long poles that allow for maximum leverage. Though any deviations from the ‘standard’ length aren’t dramatic — usually a few centimetres either way makes the difference!

Telescopic poles are becoming more popular, especially for backcountry and touring. They can be extended for extra usefulness in deeper snow and then shortened on the descents. If you get stuck, extending them to their max length is also a useful option! And they can be used to help another skier out of trouble if they fall or sink in some fresh powder. There’s no use for them in the resort, though. 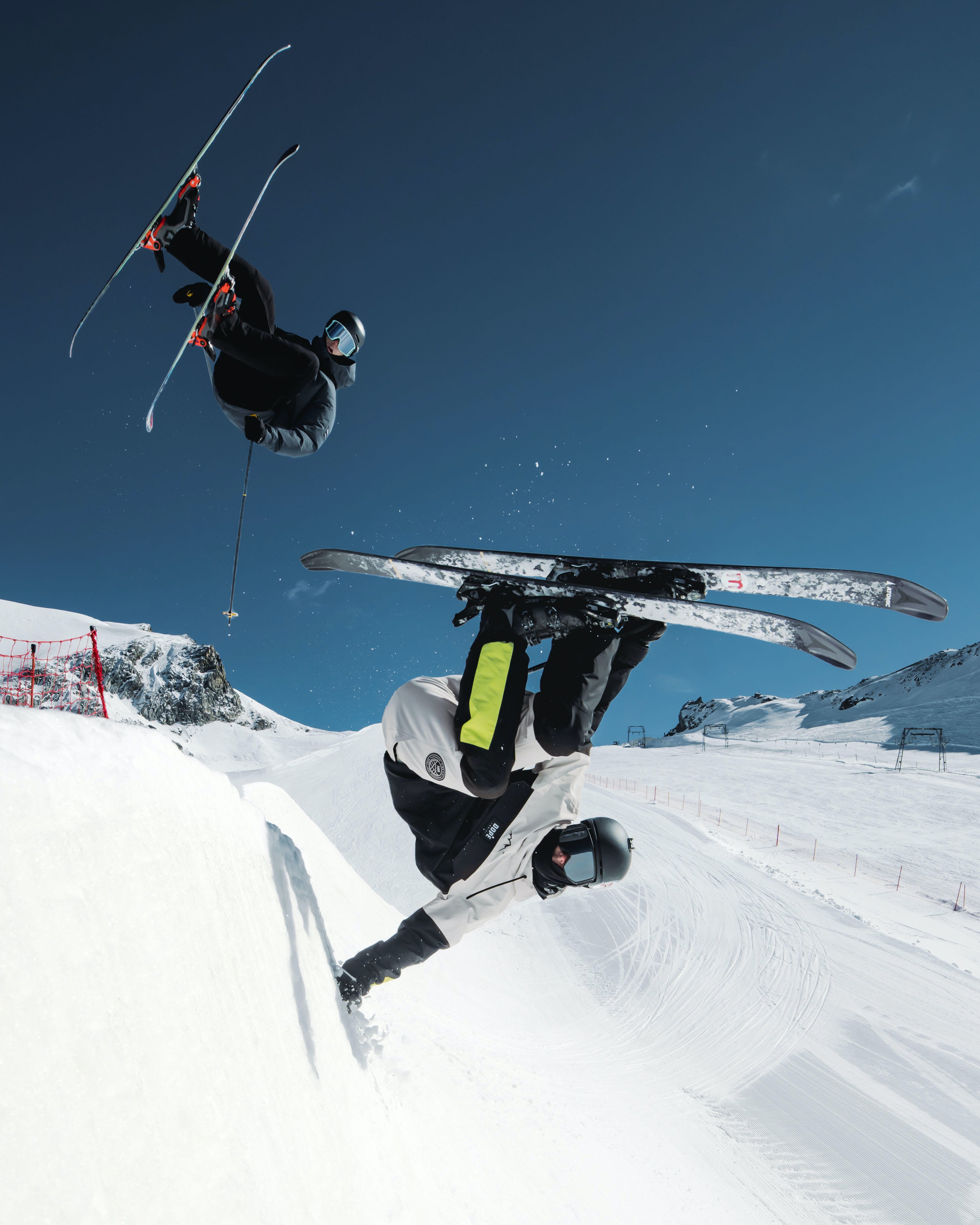 Parts of a ski pole

The ski pole is usually made of four parts; the handle, which is what you hold, the shaft, which is the long part, the basket, which is the small round protrusion above the tip that prevents it from sinking into the snow, and the tip, which digs into the snow. The design of ski poles hasn’t changed since their creation for the most part. That old saying comes to mind — if it isn’t broke, don’t fix it!

Some skiers opt to use straps while others don’t. Straps will ensure your ski poles aren’t lost in a fall, which is useful in the resort. However, some skiers riding steep backcountry terrain will forgo straps as in a long tumble, poles can sometimes cause more injury, either by stabbing you or getting caught/trapped and causing torsional damage in the wrists and arms. Straps will likely save you from losing a pole to gravity for any resort skier! But for those who are skiing the backcountry, well, it’s just something to think about!

However, ski pole material has been an aspect of their design that has evolved. In the beginning, ski poles were made of wood, but now, you’ll likely be choosing between aluminium and carbon fibre. Both have their merits, which we’ll run through quickly below.

Aluminium poles are cheaper and are strong and light. They don’t tend to snap but rather buckle or bend, kinking on impact. They’re also more cost-effective. Carbon fibre poles are light and stiff — more so than aluminium — and are great for racing or touring when a few fewer grams of material make all the difference over a long time. For the most part, however, aluminium poles are great and plenty light for resort and side-country fun. 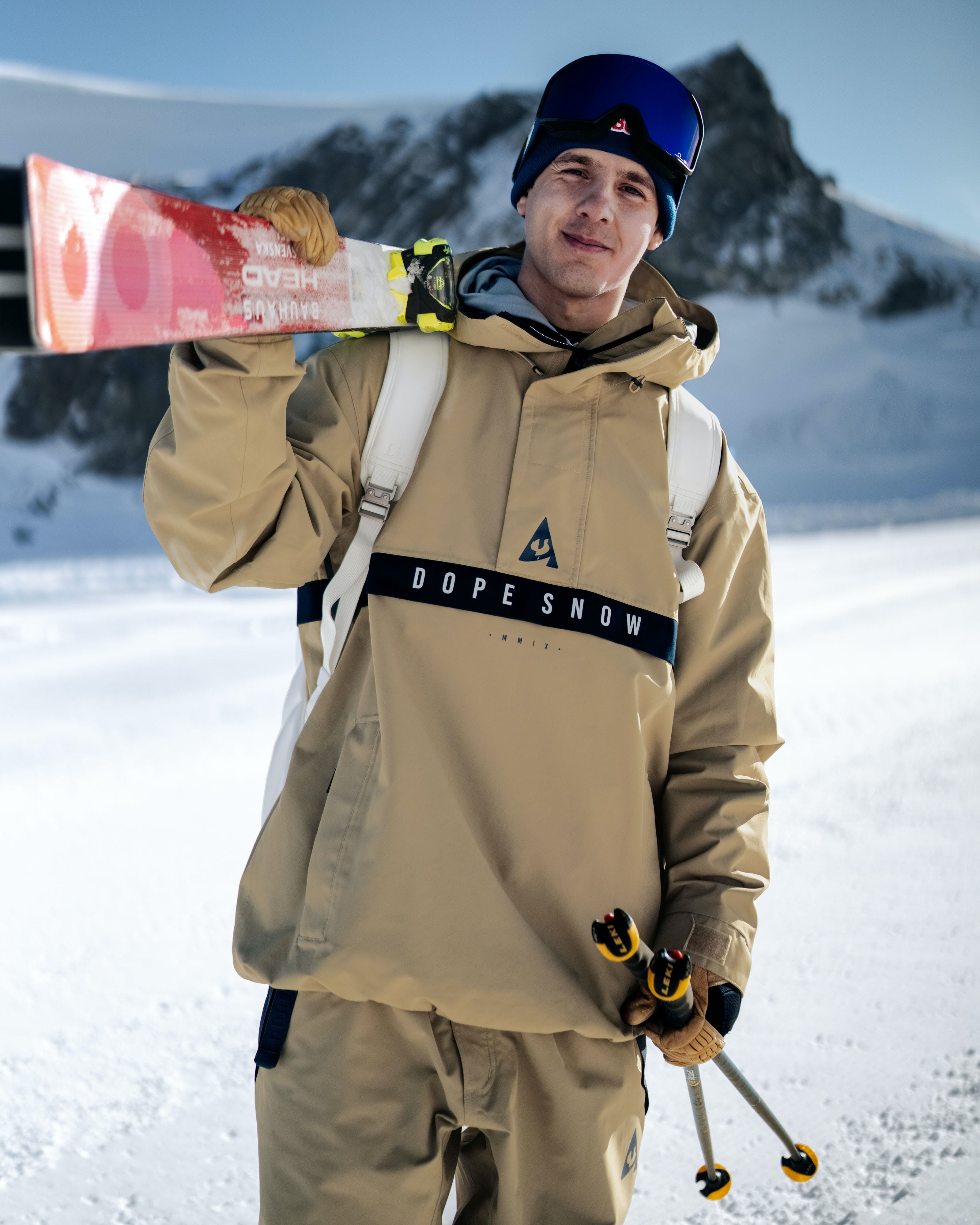 Do I even need ski poles?

You may have noticed some skiers don’t use poles at all. They aren’t exactly necessary and are mostly used for directional correction while riding. If you don’t feel you use them or don’t like the idea of holding onto them all day, there’s nothing to say you can’t ski without them. I know lots of skiers who prefer riding with their hands-free. It’s all preference!

You may wish to size up or down slightly, but in the end, ski poles should measure between your navel and sternum at the store, and when planted in the snow, still have your arms are around a 90-degree angle. This gives a good balance of power and maneuverability for general use. Size up or down for preference, or ditch them altogether if you like to wave at people as you go by. Hopefully, this guide has been useful. Now have some fun buying your next set of poles!

Daniel
I'm Dan. I love to snowboard, mountain bike, and write, too! I handle all the product articles and nerdy stuff here and I love digging into the nitty-gritty of what makes snow gear great. If you need me, just follow the sound of classic rock and the smell of fresh coffee.
Buyers GuidesGear GuidesTravelTips
Info
ContactTerms & ConditionsPrivacy Policy
About
Editorial TeamAbout UsWork with usShop
Social Media
© 2022 Ridestore AB. All rights reserved