How to set up a snowboard

In this weeks instalment of tech tips, we are exploring how to set up a snowboard. Once you've got the basics down, there is so much to discover.

Setting up your snowboard includes mounting your bindings and setting them in the right angle for your style of riding. Once you mounted your bindings on your snowboard, you might not ever change it again so it’s best to have a good read before your first try. Let’s do this!

If you are a beginner, you first of all need to know which foot is your front foot and which foot is your back foot. There are different ways of finding out which is your front foot. Some including pushing people over or using the foot that you would use for long jump. We are going to be bold today and show you a different way that works in 99% of the cases. Stay tuned! 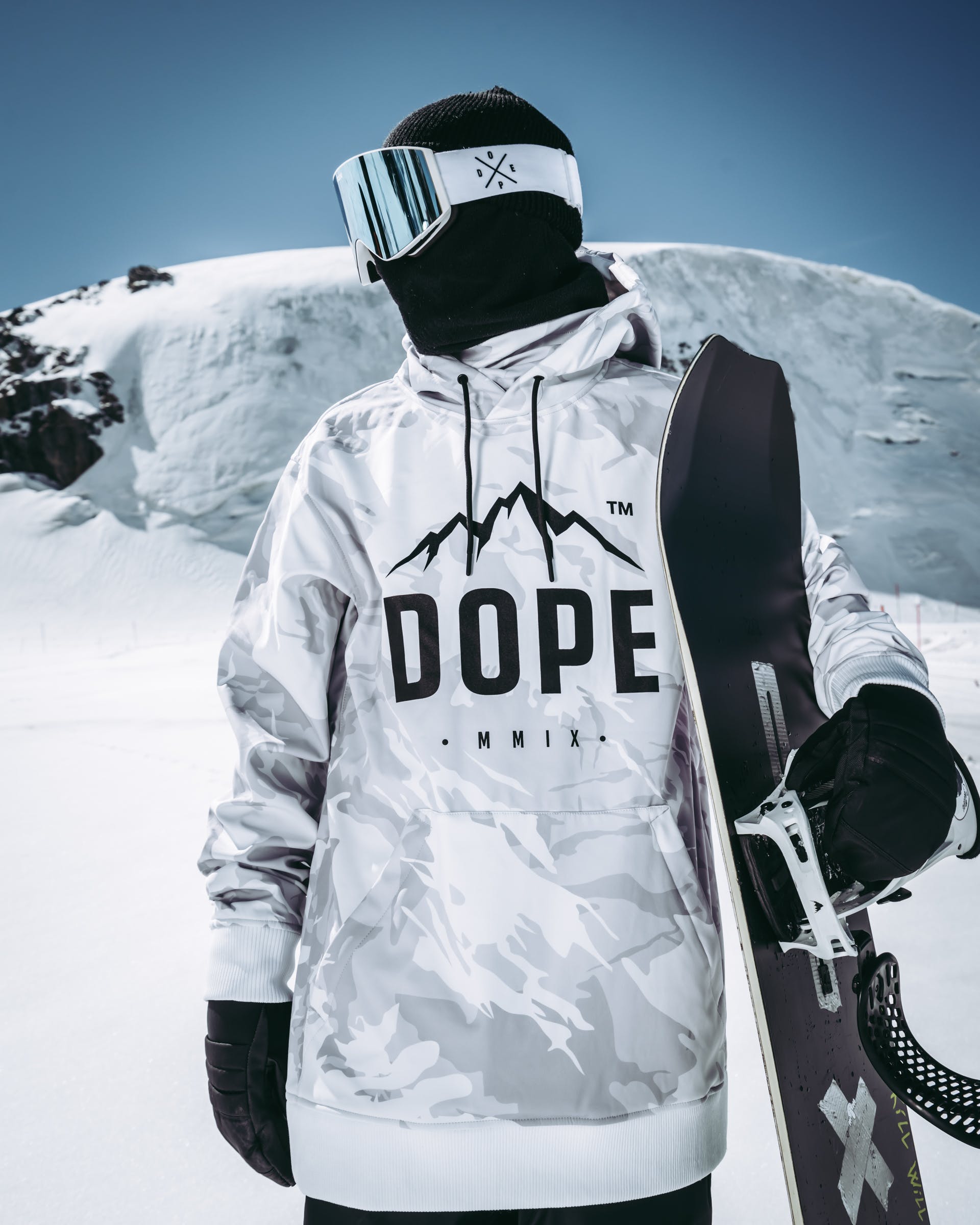 Goofy vs. regular on a snowboard

But let’s start off with some cool snowboarding terms. In case you already know if you are goofy or regular you can just skip this section and keep reading in the next part. If you have no idea, you might want to give this a good read.

To keep it super short and simple

You may ask yourself now: Why would you name the stance on a snowboard after a Disney character? An urban myth states that Goofy indeed played a significant role in the name giving of this snowboard and surf phenomenon. In a very old Disney movie Goofy went on a little surf trip where he surfed with his right foot forward. So one possible explanation is that the surfers simply copied the term from that Disney movie. The other one is that most of the people (back in the days) were surfing regular. Therefore, everyone who surfed the other way around was being “goofy” or how they would think just a little bit odd. 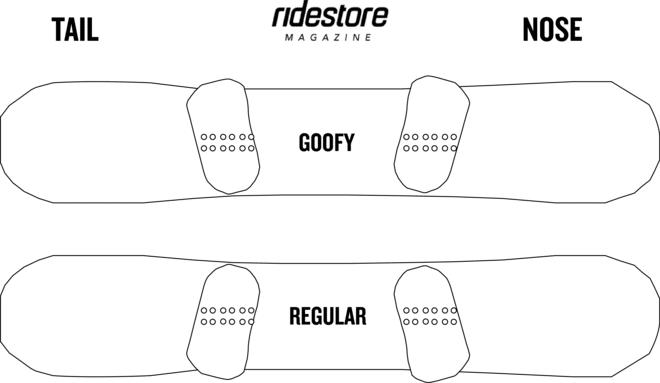 How can you find out though if you are goofy or regular? When surf teaching, we used this really fun imaginary game that worked even though we were on the beach. If it’s winter you can also just go outside and give it a try. Imagine: You are on winter holidays and there is a frozen lake in front of you. You want to slide over it with your new winter boots – which foot is the one you will put forward when sliding over the lake? The foot that you would put forward when sliding over the lake should also be your front foot when snowboarding (99%!). 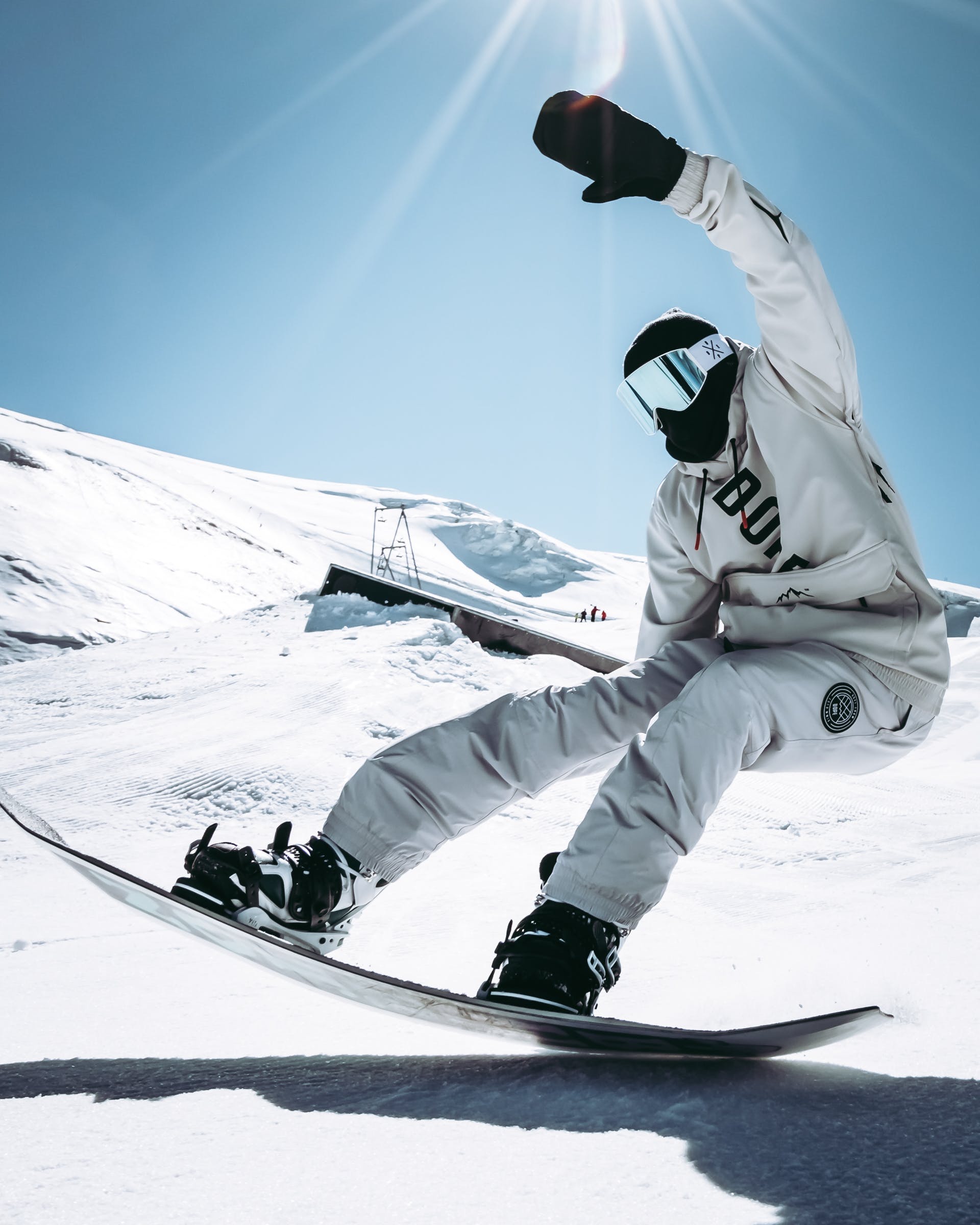 Next on the list is the stance of your bindings on your new snowboard. There are an awful lot of holes to put screws in on your snowboard which brings up the question where you should place those screws to secure your bindings? Then there also is this problem with the angle of the bindings. How should I possibly know which angle is good to start with or which angle should I use for hitting the rails or when making a little detour to the backcountry? A lot of questions but don’t worry! We are here to give you all the answers you need to tackle your next snow adventure.

Let’s start off with the stance setback. The stance setback describes how far in the direction of your tail you place your bindings and which screw holes you use to secure your bindings. When you buy a new snowboard you might have seen the word reference stance next to the second and fourth screw hole (counting from either the tail or the nose). This stance is the regular stance, that the snowboard manufacturer suggests for most of the riders out there. The reference stance usually works great for beginners and all mountain riders who want to use their board in more than just one terrain. 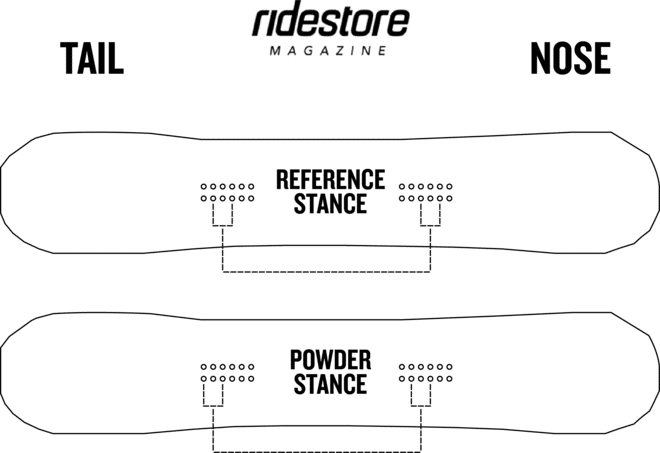 If you want to hit the backcountry, you might want to change the stance of your board to make your day a little bit more pleasant. The reason for that is quite simple: When riding powder, you always want to float as much as possible. By setting the bindings back by one screw hole, your weight will automatically shift to your back foot and the nose of your snowboard will float on top of the fresh snow. This means less work needed from your side and more endurance on long powder days. Win – win! 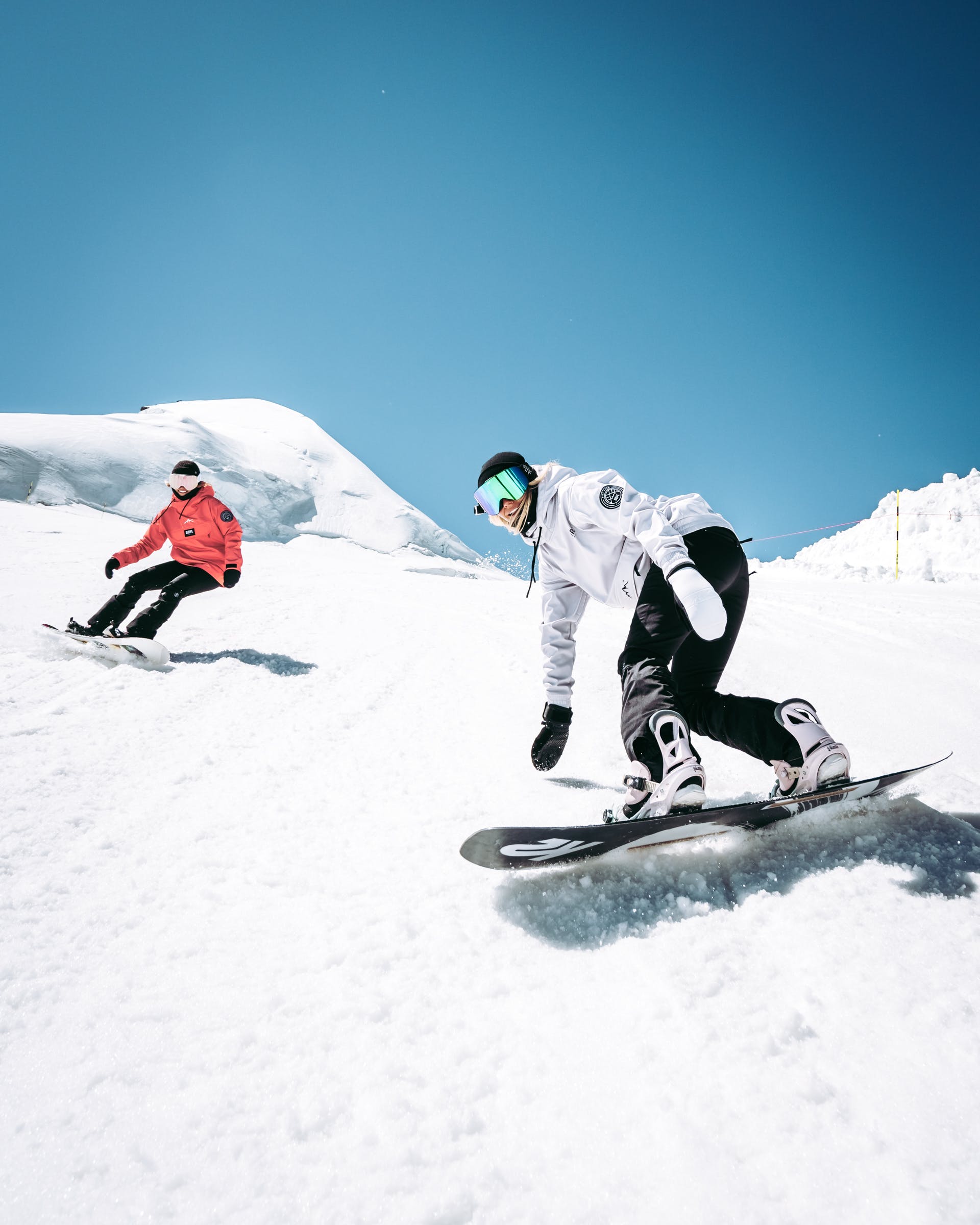 A wider stance makes the rider feel more stable on their board when riding the slopes or the snow park. Rail tricks and big kicker jumps can feel better with a wider stance because of the added stability. To change your bindings to a wider stance, you should move each of your bindings by one screw hole to the nose and to the tail of your snowboard.

There are very few people who prefer to ride with a stance that is narrower than their preference stance. It can be mainly seen on snowboard racers and some street rail snowboarders, who take advantage of the faster turning that a narrower stance will allow them.

Angle of your bindings 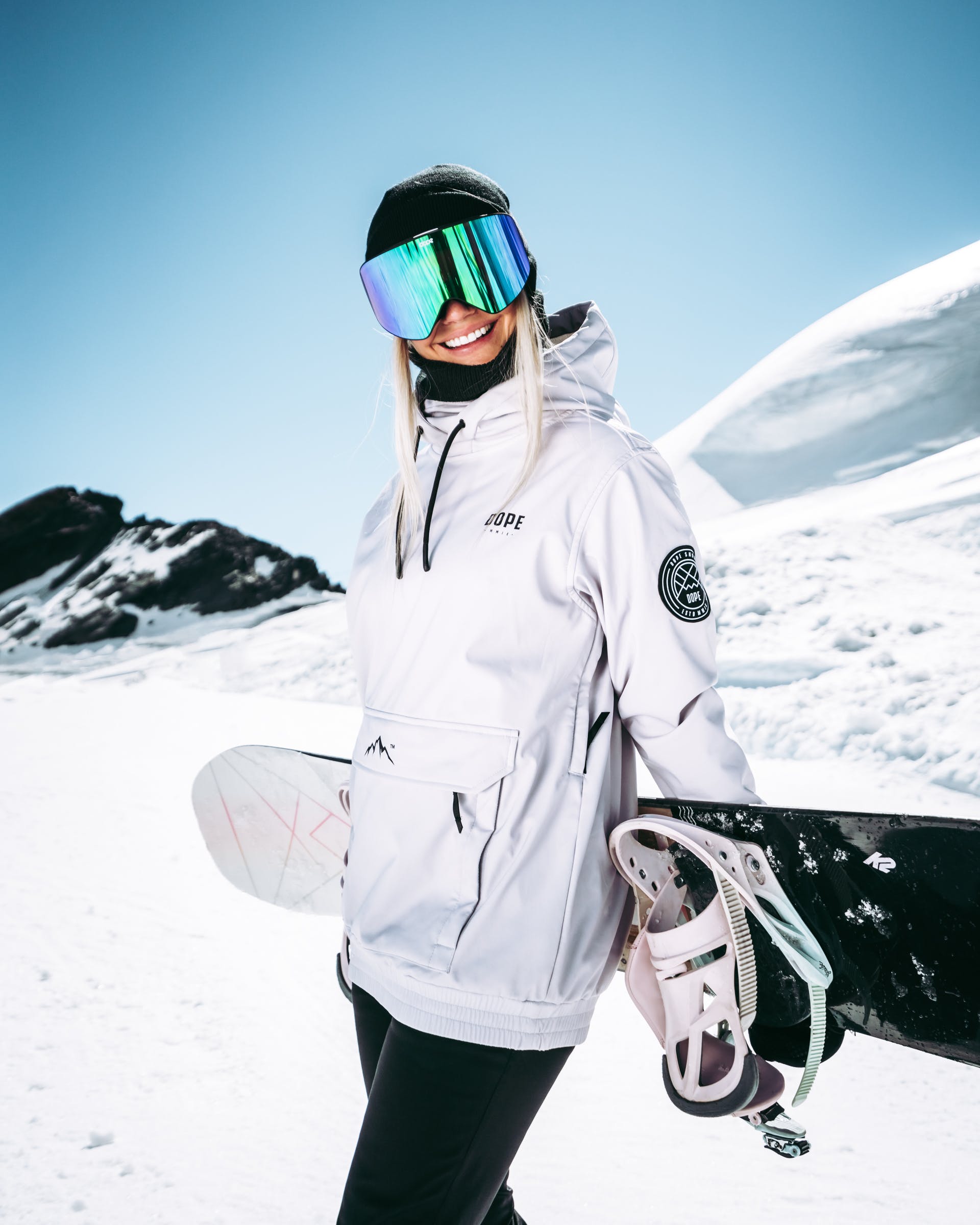 Last but not least, we come to one of the most important questions when setting up your snowboard: What is the best angle for my snowboard bindings? The answer (like with so many things in snowboarding) depends a lot on the style of your riding. The neutral stance is best for beginners, as you will go forward most of the time and focus on turning your board. The forward stance is great for racing and carving as you will want to go fast and have more pressure on your front foot. And last but not least the duck stance: The duck stance is great for playful all-mountain riders and park fans. With the duck stance you can easily ride backwards (switch) as well and rotating will be a lot easier due to the equal weigh distribution on your board. 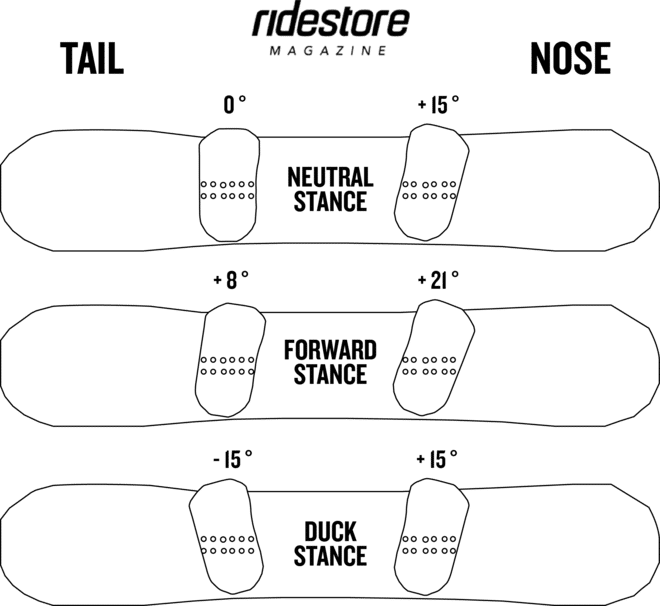 Changing the angle of your bindings is quite easy. Almost all mini disks of a snowboard binding (that’s where you place the screws) have a degree scale ranging from around -20° to +20° that will tell you exactly in which position your bindings are. Start off with placing both bindings in a neutral position (0°). From there you can start moving your bindings around the mini disk until you find the right degrees for your stance. Now make sure that you remember which screw holes you chose as a reference point and that is exactly where you want to place your mini disk and the eight screws that came with your new bindings! One last step: Secure the screws so nothing wobbles around and you are good to go! What an amazing job you did there! 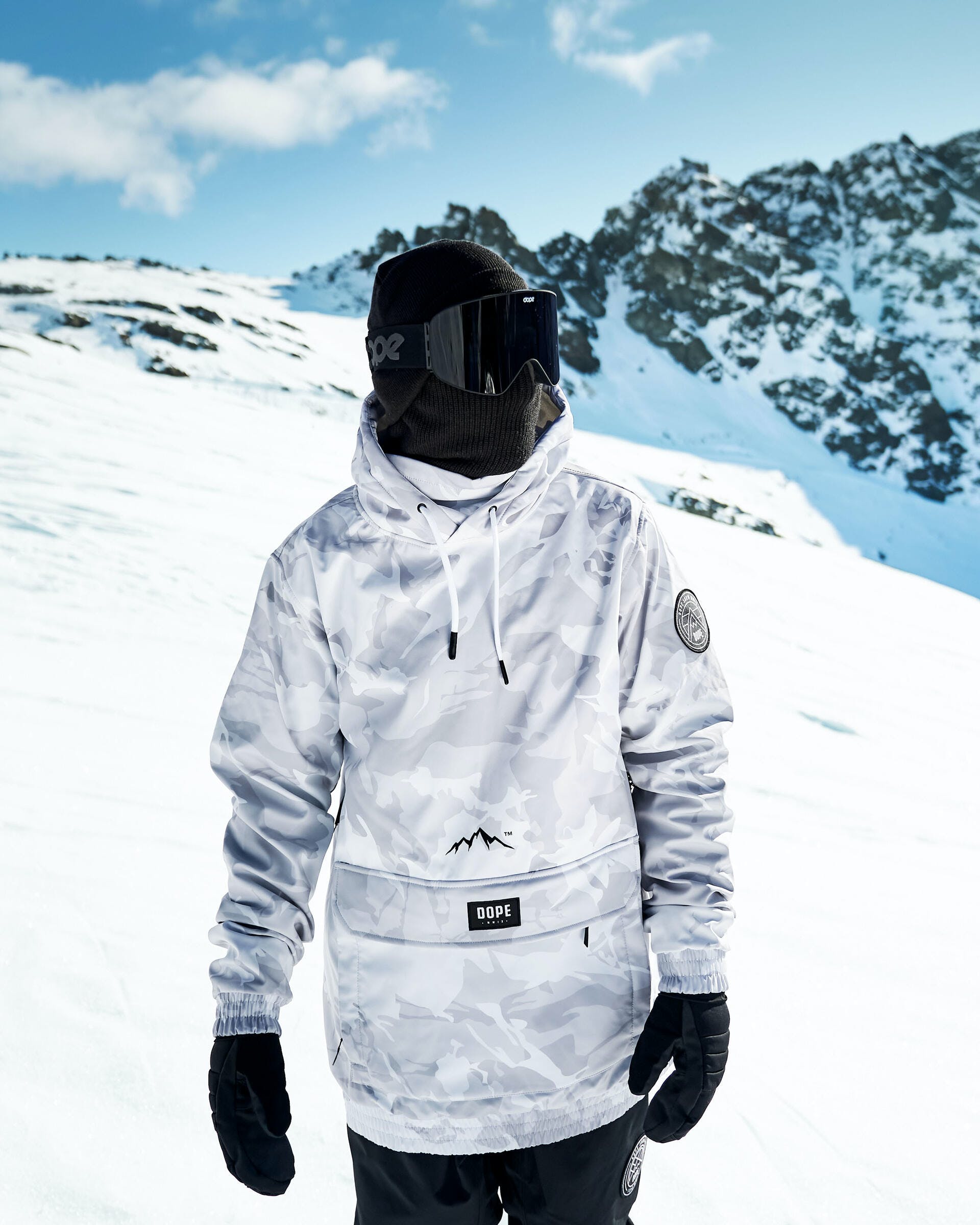 And that was it for this weeks tech tip. You are now ready to hit the slopes, park or powder with the best set up possible! We are so happy for ya! Now that you have your perfect set up, there is only one thing left to talk about. How can you take care of your new equipment and make sure that it lasts as long as possible? That’s what we are going to tackle next week in our last and final tech tip of this series. Until then, stay stoked <3

Looking for the latest snowboard clothing styles? Check these out… 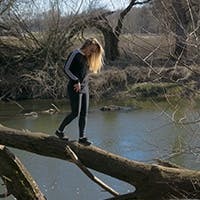 Lina
Hi, my name is Lina and I am working in content marketing at Ridestore. I am spending most of my time traveling around the world to chase waves or fresh snow. Other than that I am a huge fan of good food, deep talks, and binge-watching Netflix series.
Buyers GuidesGear GuidesTravelTips
Info
ContactTerms & ConditionsPrivacy Policy
About
Editorial TeamAbout UsWork with usShop
Social Media
© 2022 Ridestore AB. All rights reserved