The history of skiing

You will be impressed to learn the origins of skiing and the history of why strapping your feet into two long planks was an essential part of life for some, plus the invention of very key elements to the sport that make it what it is today.

When you are on a super fast chair lift, with your brand new skis and perfectly moulded boots looking down at the expertly pisted runs, with your lunch booked at a beautiful mountain restaurant, do you ever wonder… how has skiing become what it is today? Well, we did, so we thought we would share with you a brief history of skiing so that the next time when you are smashing down a run, with your UV protected goggles and brand new bindings, you can thank your great ancestors for developing such an incredible sport.

Looking at the history of skiing can teach us a lot about how to maximise our skills. We also have the winter Olympics to thank for popularising skiing and pumping cash into our favourite mountain resorts. 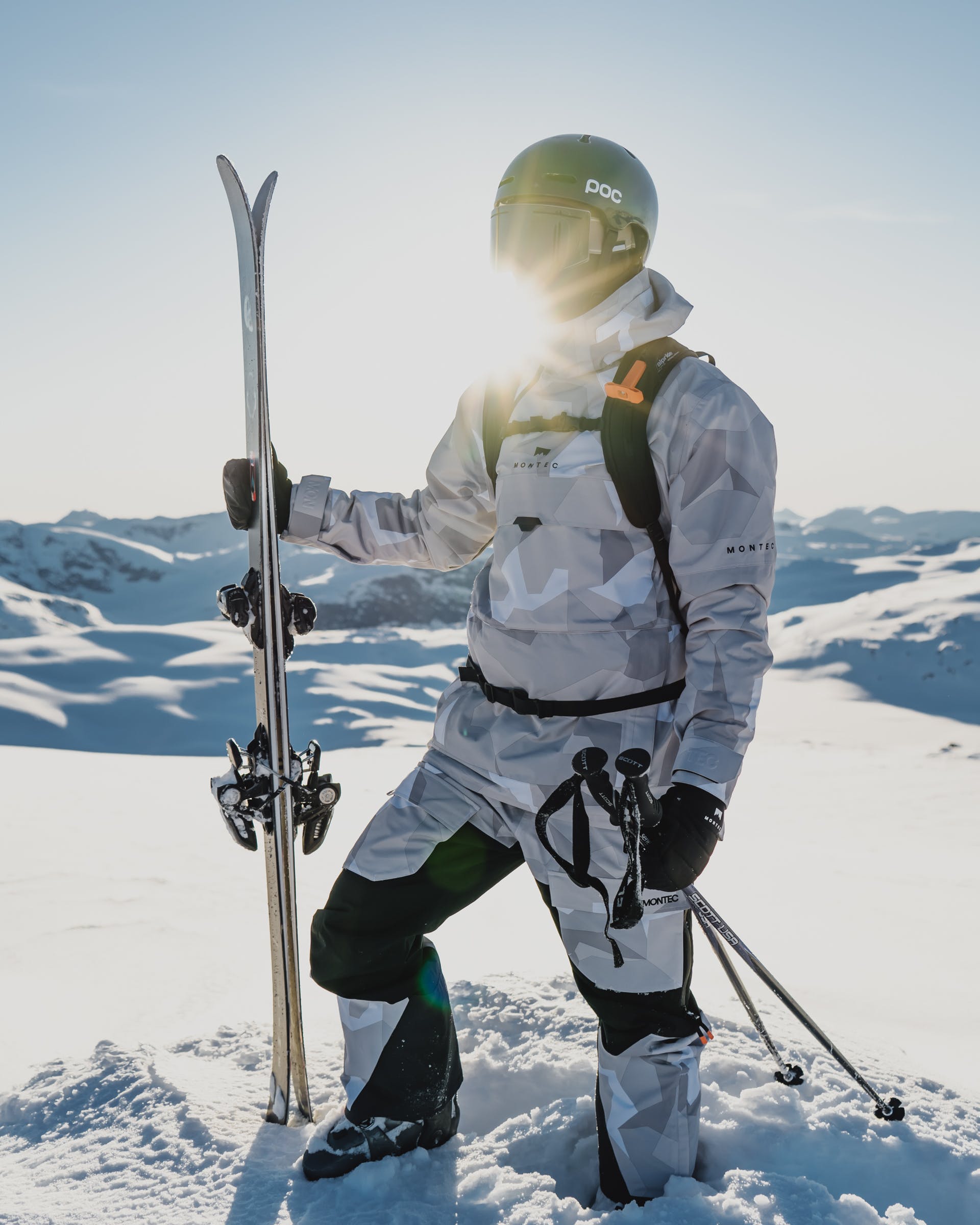 So sit back with your friends, throw on your favourite ski jackets and ski pants and relax and enjoy as we glide you through a brief but very interesting history of skiing.

How skiing was invented

The earliest signs of skiing in history actually date back to the ice age. There are actually cave drawings found in Central Asia that show men trekking across the ice plains and through thick snow on two very long planks of wood. Back then it is thought that skiing was used for getting around, such as moving around supplies and travelling from village to village in the harsh winter months- doesn’t sound quite as fun as it is now.

It has been found in China from 8000 years ago, that the skis resembled two-metre planks of wood covered in horsehair. Essentially, the idea will have been that this large surface area would have made trudging through thick snow easier because it makes you less likely to sink.

Where the true origins of skiing came from is always debated, as there is evidence found of skis being used in Russia, Asia, Alaska and Scandinavia. Although, it is often said that the Sami indigenous community in Sweden back in the middle ages, is where it is mostly claimed to have been invented.

It makes sense that many believed that skiing was invented in Sweden, firstly because of the notoriously harsh and snowy winters but also because you probably have never met a Swede who doesn’t ski. Going back to the Middle Ages, the Sami community were farmers who used skis to hunt and farm in the mountains and across the tundra. Of course, this was more like the Nordic and cross country skiing that we know today, rather than downhill. 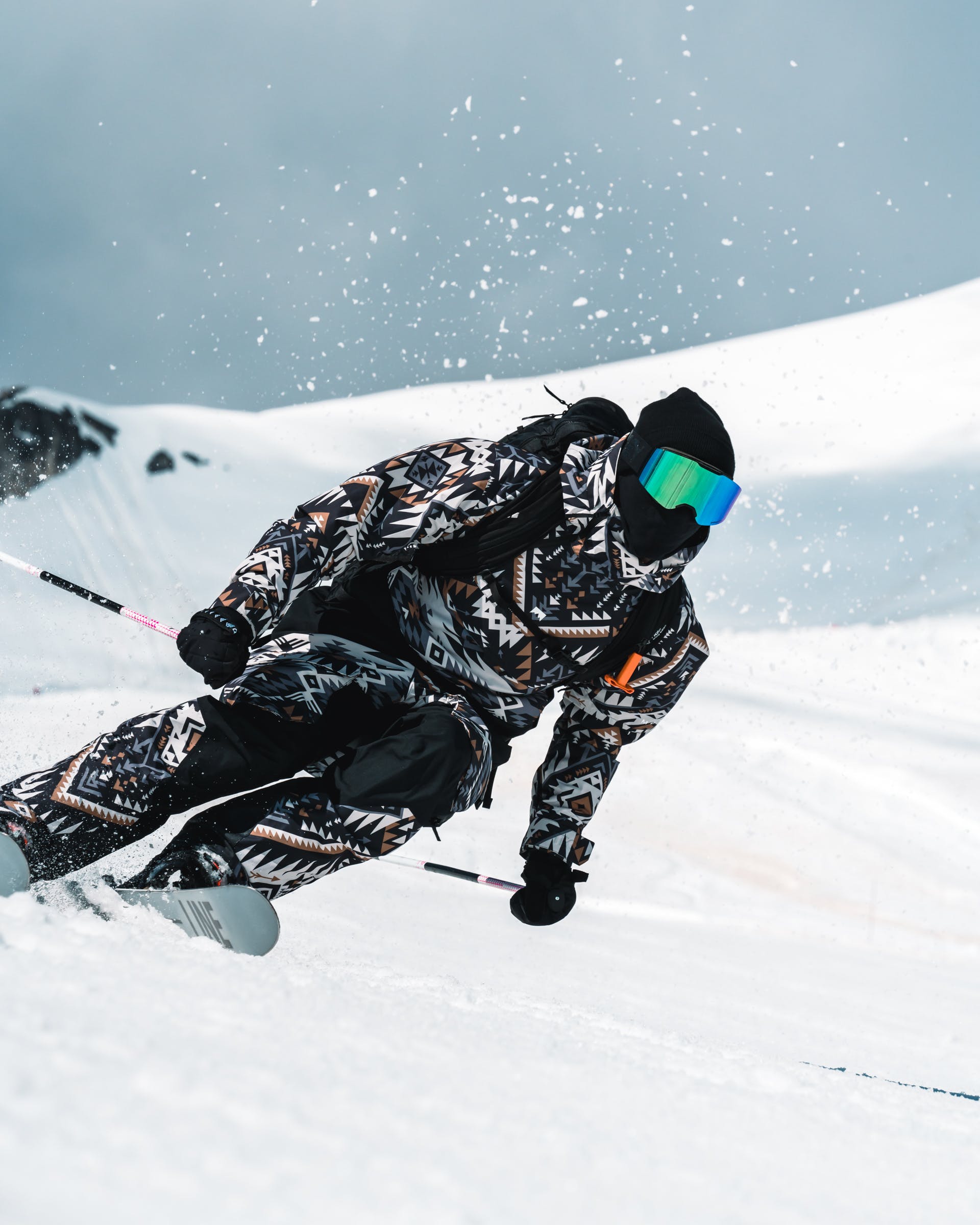 The history of alpine / downhill skiing

It has been found that in the 18th century, the Norwegian and Swedish military used skiing as exercise and to test their endurance and stamina. Even today, with our incredibly light skis and our technology, we know cross country skiing is tough. Imagine being on two heavy planks of wood with no boot for support, trekking through unpisted snow- you wouldn’t want to compete with how fit the Scandinavian military must have been!

The army also began testing out downhill skiing, rather than on the flat ground. They would host competitions skiing downhill whilst shooting and other various skills. Inevitably by this point, commercialisation of downhill skiing began as word got out about the thrill of it. As this progressed, woodcarvers in Norway began to discover new shapes for the wooden skis, to help with carving and to prevent sinking into the snow, such as a pointed and curved up tip.

In the 1850’s, a Norwegian legend named Norheim developed skis that were an arched shape, with a narrow centre and wider tips- which is a classic shape that will still use today! 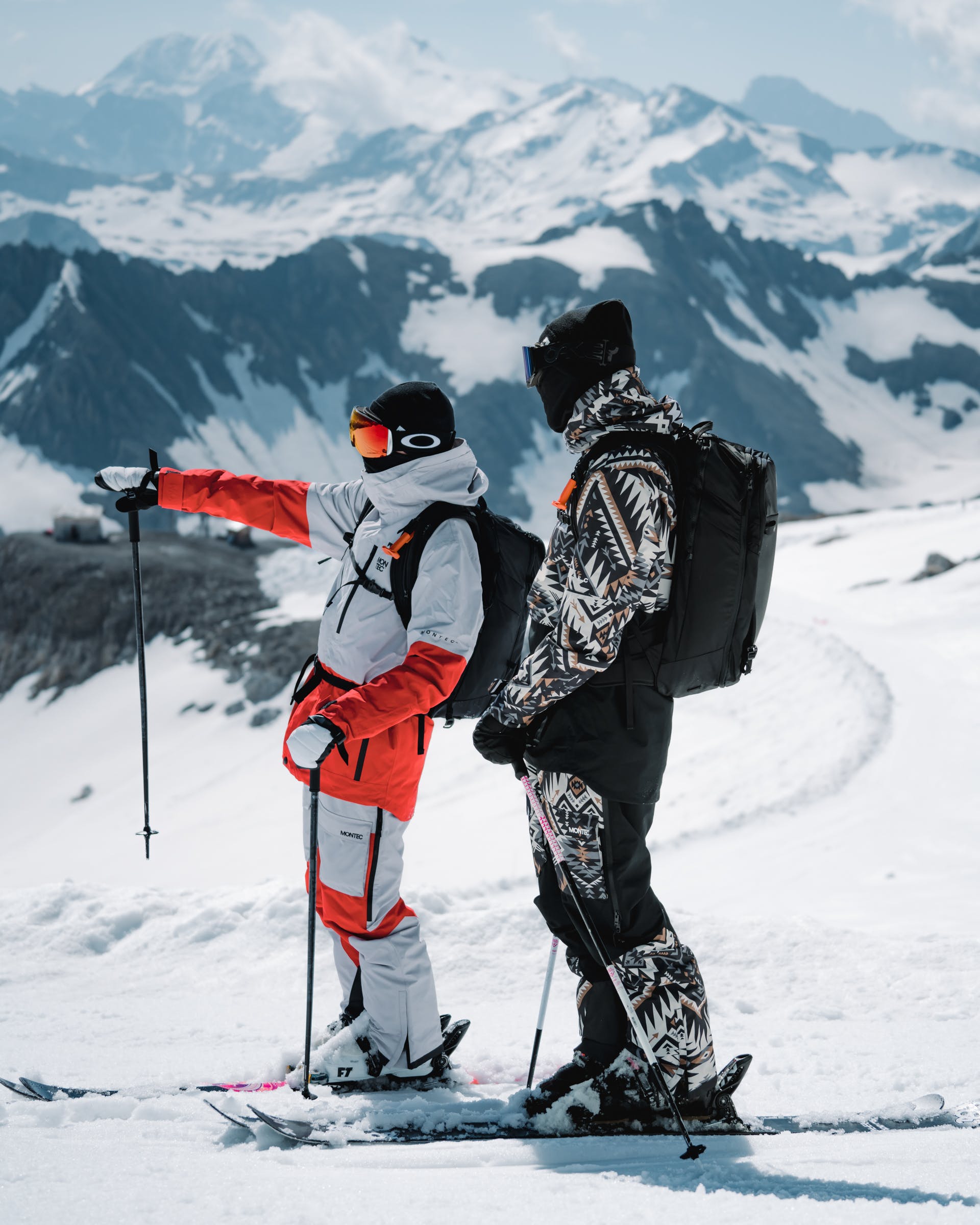 The first winter Olympics in 1924

As the love of skiing became more prominent all over the world, from the Alps, America and Canada, it was time for it to become a notified sport. The more traditional cross country skiing was still more well known because lift systems had not yet been invented, so your only way up was by walking.

The first winter Olympics was in 1924 in the famous resort of Chamonix, in France. The major event had sports such as ice skating, curling and cross country skiing. It was then in the 1936 winter Olympics in Germany, that downhill skiing was showcased as a sport. There was downhill racing and dodging between poles slalom style.

Conveniently, it was also in 1936 that the first chairlift was invented in Sun Valley, Idaho in the US. This was perfect timing, as skiing was becoming a popular sport and recreational activity from the Olympics, so to save ski lovers from trekking up the mountain they could now comfortably make their way to the top, with minimal effort. 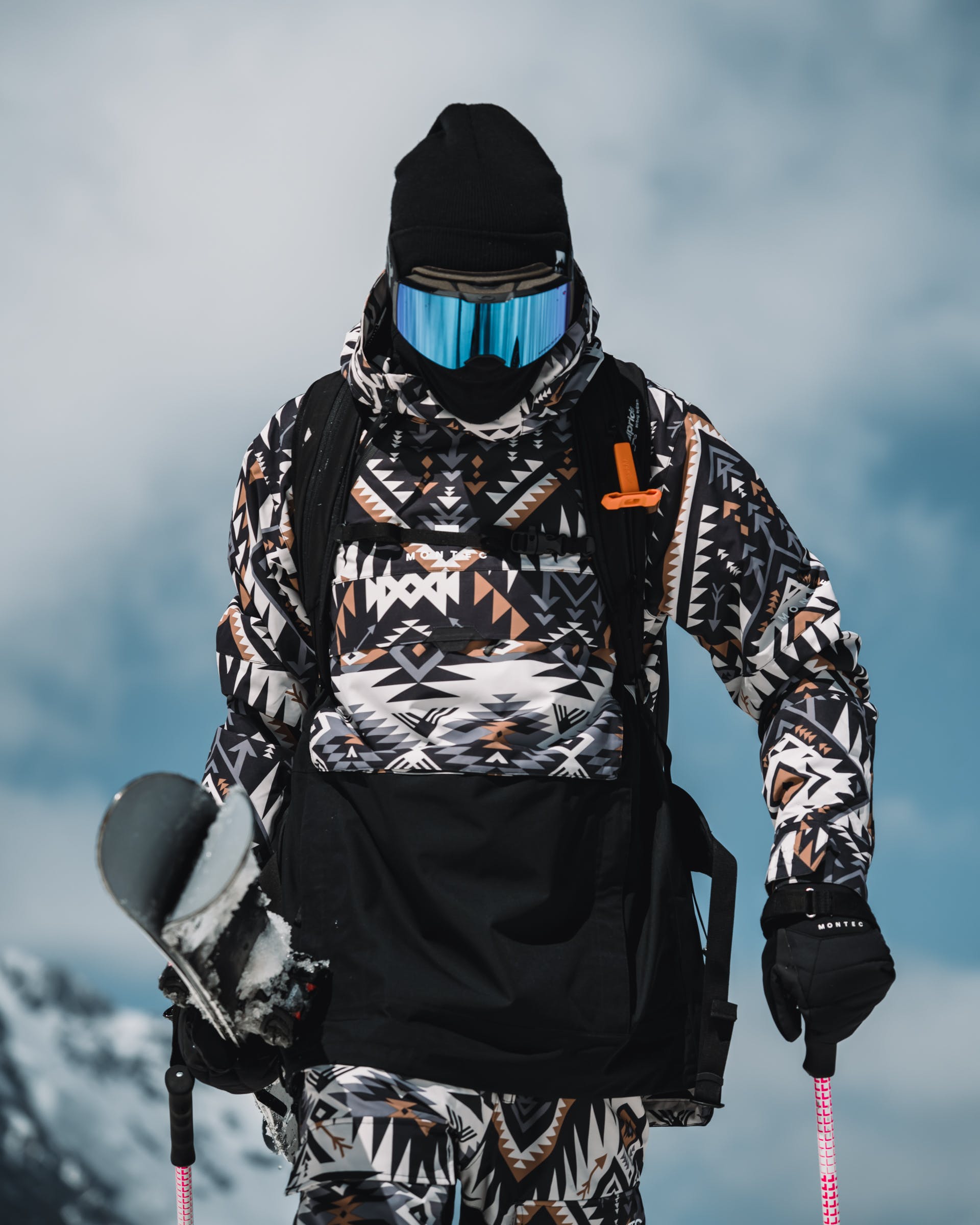 Tourism allowed other mountain villages and towns across the US and internationally to build gondolas, rope tows and chairlifts and these became the first ski resorts we know and love today.

As the winter tour industry began to boom, the demand developed too, which brought much-needed money to build hotels, restaurants and mountain huts to feed the hungry skiers. Even early in the 20th century, some resorts had ski instructors and ski schools to give people a helping hand carving 2 metre long wooden planks.

As we know technology develops, as did ski’s that started to be made out of fibreglass rather than wood and ski boots became sturdy in plastic. Plus, the lift systems became efficient, so more keen skiers could be shipped around the mountain. All of this made skiing a lot more accessible.

Throughout the 20th century skiing as a recreational sport began to open up in resorts in Canada, the US, the Alps and even Scotland. Different ways and techniques of skiing also developed, such as moguls and freestyle skiing, which then by 1989 became Olympic sports in the Winter Olympics. 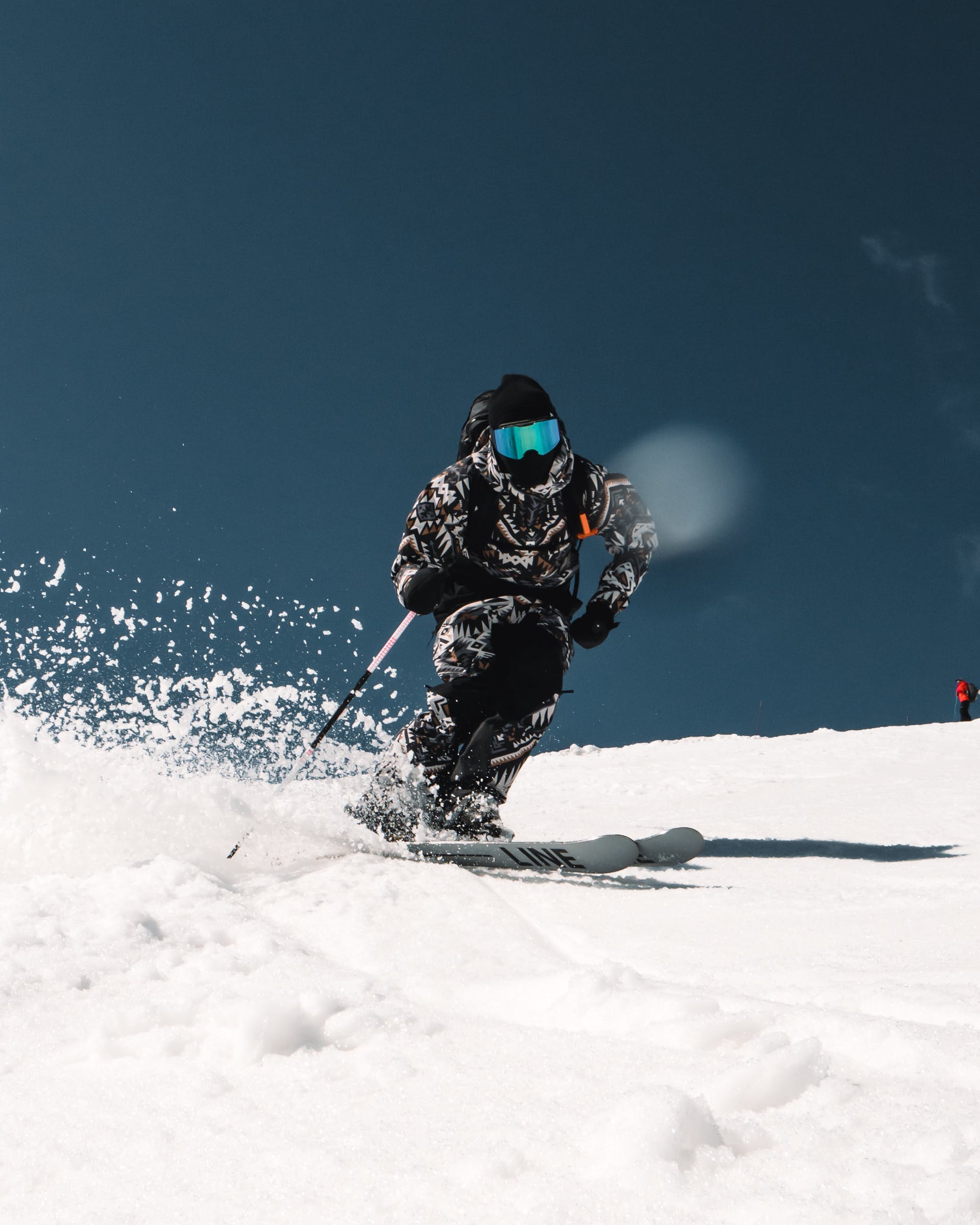 So there we have it, a brief history of skiing, our favourite pass time and obsessive hobby. It is now unrecognisable as a sport from when it first started, but we are so thankful for the enthusiasm and interest people took in it a couple of hundred years ago. We will never understand the true love for skiing that people must have had; as they tried to carve down unpisted snow with skis heavier and taller than them, strapped on by string to their leather boots, then after all that they have to walk back up the mountain to start again. Now, we have expertly crafted fibreglass skis, heat moulded secure plastic boots and lift systems that can ship 100 000’s of people an hour around a perfectly pisted mountain. We salute our early skier friends, we will be forever grateful!